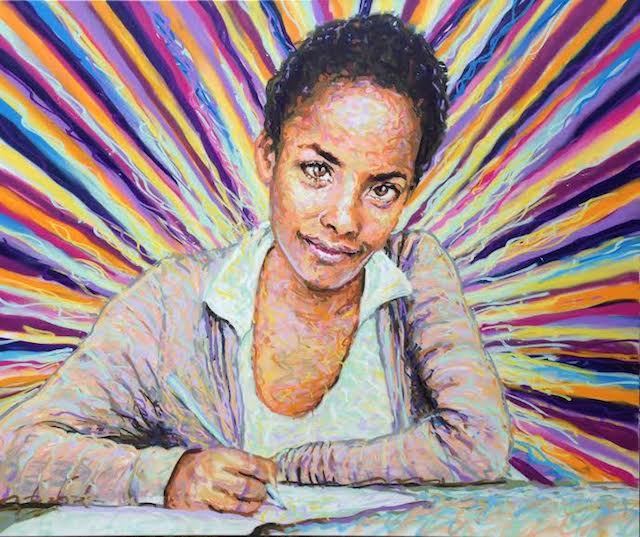 Girl Power comes to Brick Lane this weekend in the form of Girl Effect Live. The day-long festival takes place in various venues around the area on Sunday, with events such as as female-led comedy, street art and spoken word performance. As much as this sounds like fun, it comes with a deeper aim of provoking conversation about the power of girls to break the cycle of global poverty in the UK.

The Girl Effect was launched in 2008 and is based on an economic theory that shows how adolescent girls living in poverty can play a crucial role in solving the biggest problems we face in the world today.

Girls at the event will be invited to lend their voices in support of girls in poverty, by going to a video booth or speaking to the roving camera crew. Their voices will be edited into a film that will be taken to the Girl Summit where they will contribute to the efforts to end FGM and early, forced and child marriage within a generation.

The ‘Girls Reframed’ exhibition at Dray Walk Gallery will feature eight artists who interpret the true identities of girls living in poverty from around the world.

Girl Effect Live takes place in Brick Lane on 20 July. Many of the events are free and don't require booking, but you can reserve tickets for others. The event culminates in a Jessie J gig in the evening, but the ticket ballot for this has already closed.