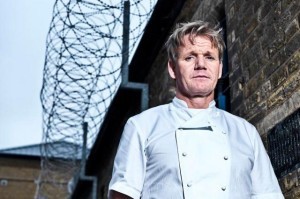 There have been rumours about new Ramsay openings for a couple of months now, but finally we have some details. It looks like Londoners will be getting two more restaurants before the year is out.

The chef-turned-TV-star already has 12 restaurants in the capital, and it was revealed late on Monday afternoon that his 13th will be Heddon Street Kitchen, just off Regent Street near Piccadilly Circus. Due to open in the autumn, it will be closely based on his existing City restaurant Bread Street Kitchen and will serve a similar all-day menu of international dishes. Like Bread Street Kitchen, it will sit at the more casual — and affordable — end of Ramsay’s restaurant portfolio.

The details of the second restaurant we’re expecting aren’t quite confirmed yet. But we do know that earlier this year Ramsay’s restaurant group bought the premises in Chelsea which was the original site of Aubergine, a restaurant opened by Ramsay in 1993. This was where Ramsay first made a name for himself, and where he won his first two Michelin stars in 1997. Given the nostalgia factor, we’re expecting something fancier than Heddon Street Kitchen for this spot just off Fulham Road, but we’ll have to wait to find out what’s planned.

These launches will crown a busy year for the chef, who kicked off the year by opening London House in Battersea this January. Ramsay will also make his debut in Asia in the autumn, when he takes Bread Street Kitchen to Hong Kong.

Ramsay’s London portfolio currently includes Limehouse gastropub The Narrow, Southwark Italian Union Street Café, and Chelsea bistro Foxtrot Oscar, as well as his flagship Restaurant Gordon Ramsay on Royal Hospital Road. The latter is one of only two in the capital to be awarded three Michelin stars.