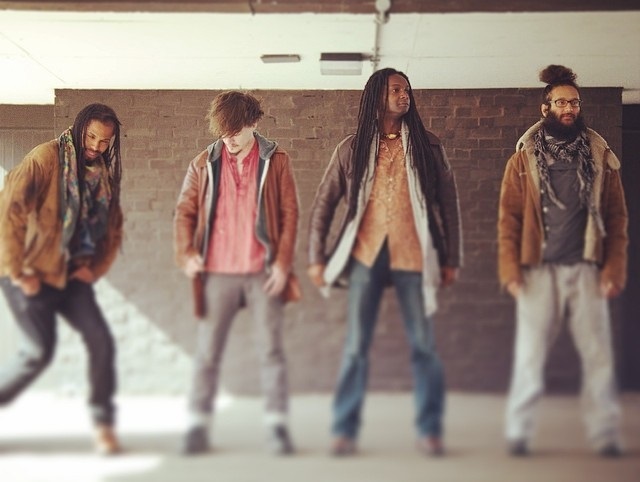 Reggae is an under-explored genre in our new music series and it's time to rectify that. Thankfully the perfect London band has just come along to remind us exactly how reggae, funk and rock can be smashed together to wake us out of our musical complacency.

Mangoseed are a remarkable four-piece of Jamaican, Trinidadian, Australian and Irish heritage. The band's members are Nicholai La Barrie, Karlos Coleman, Richard Hardy and Sam Campbell and they've combined their diverse backgrounds with the famous sound of Brixton, where they're based.

Mangoseed mix pulsating beats with unexpectedly powerful riffs, behind La Barrie's lion-hearted vocals that pack a serious punch across all 15 tracks of the band's debut album. They have drawn comparisons with Rage Against The Machine and the non-drum-and-bass output of Asian Dub Foundation — two bands it's not bad to be named alongside. So far their support slots have included gigs with Manu Chao, Alabama Three and Grammy Award-winner Micki Free.

The eclectic album is called Basquiat, released last month, and the first single from the record is the heavily London-influenced Brix-Tone, which you can watch the video for below.

Mangoseed have a reputation for an amazing live set, and happily they're playing a string of shows across the capital in the coming weeks. This Friday (13 June) they're at the White Lion on Streatham High Road, and they follow that up with gigs at the Birds Nest in Deptford (20 June), the Water Rats in Kings Cross (28 June) and The Finsbury on Green Lanes (4 July). And on 19 July they play at Brixton Jamm, where they can expect a well-deserved victory in front of a home crowd.

For more Mangoseed, head over to their Soundcloud page where you can currently sample the whole album, and it is a genuinely exciting record (in our opinion, the pick of the tracks is Thief Head). Time for another Brixton breakout of brilliant SW9 acts we think, with Mangoseed leading the charge.

See other London bands we recommend.