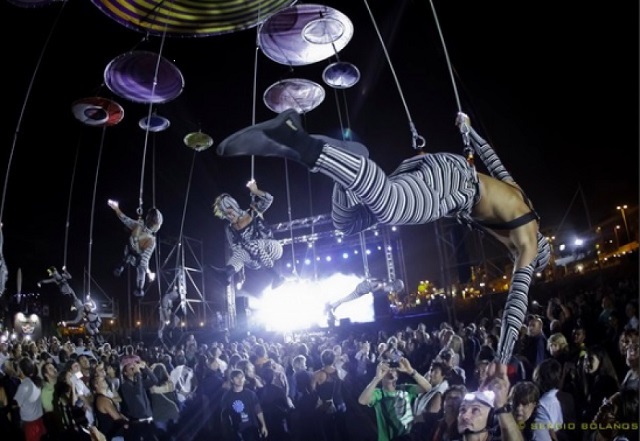 London's biggest festival of outdoor theatre and performance gets even bigger this year as it expands into the East end with a series of events in Stratford. On top of wild and whirling displays in locations around Greenwich and Docklands there will also be a series of plays by major international theatrical companies in the Queen Elizabeth Olympic Park.

Dubbed the Global Streets project, this extended programme will involve troupes from Libya, Chile and Africa with shows that combine circus, street theatre, gravity-defying acrobatics and live music. These events will be performed midweek and in the evening in a special staging area beside the ArcelorMittal Orbit.

Highlights include Kadogo, Child Soldier by Chilean company, La Patriótico Interesante and the Legend of Hamba, a play by British-African company Tiata Fahodzi about a mystical odyssey across a century of war and peace.

Back in Greenwich, there is a catalogue of strange and unusual displays including C-12 Dance Theatre with acrobatics on a market stall and Spanish company HURyCAN’s show about the clumsy physicality of love — both in the Old Royal Naval College.