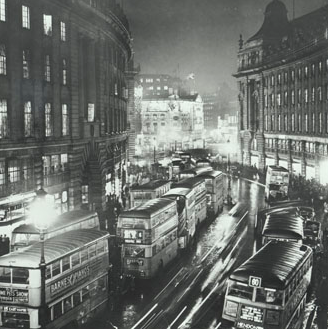 The ever-swarming Regent Street will be dominated by transport fanatics this weekend, as the world-famous road is closed to traffic to host London Transport Museum's bus cavalcade.

It takes something special for us to consider setting foot in the heaving West End shopping district — particularly on a Sunday — but our inner transport geek is pretty excited about this one. Buses from the past 185 years will be on show in chronological order, from the earliest horse-drawn buses of the 1820s at the Piccadilly Circus end of the road, up to the most modern hydrogen, electricity and hybrid technology buses at Oxford Circus. Almost 50 vehicles will squeeze in between, a rare chance to get up close to London's vehicular timeline.

Free family activities take place throughout the day alongside the cavalcade. See a bus shelter made entirely out of Lego outside Hamleys and make a miniature one to take home. Catch a performance of children’s book Don’t Let the Pigeon Drive the Bus or visit London Transport Museum's pop-up shop and canteen.

Emma Hignett, better known at the voice of London's buses, will be recording personalised announcements for visitors to take home.

This event is part of the ongoing Year of the Bus celebrations, and also marks 60 years since the creation of the iconic Routemaster and 100 years since the world's first mass-produced motor bus, the B-type 'Battle Bus'. These carried soldiers to the front line during the First World War. There's a special B-type display, too.

Regent Street must be used to trends coming back round, but almost 50 of them in one weekend? That's something you don't see every day.