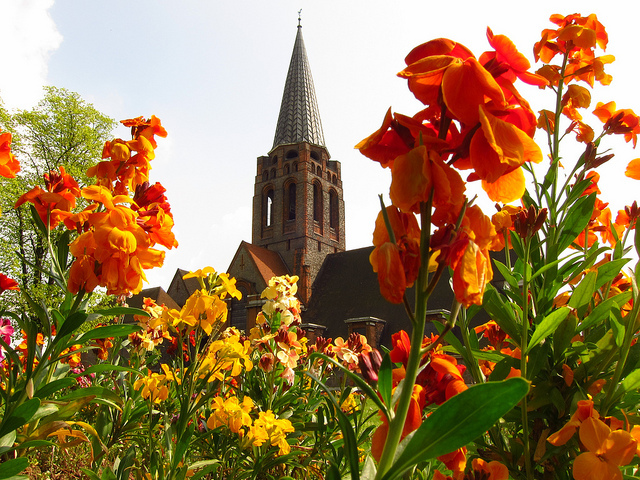 People do love a good Prom. Booking is open for the annual Proms At St Jude's music and literary get-together, spanning nine days at the end of this month (21-29 June). The event, now in its 22nd year, takes place at St Jude's Church in that picturesque zone of greenery between Finchley and Hampstead Heath, Hampstead Garden Suburb, with the walking bit happening at various spots around the area.

This year's music and literary line-up is suitably impressive for a festival that has become one of the arty highlights of the calendar since it began in 1993. The opening night (21 June) is impressive enough, with a performance of La Bohème featuring the Nevill Holt Opera, which is known for bringing through some of the hottest operatic talent in Britain. Another evening highlight is a piano recital from Llŷr Williams, who has sampled international fame over a lengthy career, including at the BBC Proms in London. The final night of festival proceedings on 29 June features no lesser a luminary than popular soprano Leslie Garrett.

The festival is also proud to put on free family concerts on seven of its nine days. These include cello, piano and harp recitals, a schools concert from the Nonesuch Orchestra and a performance of Peter and the Wolf. There always seems to be Peter and the Wolf at events like this; perhaps it's how festivals get a licence these days.

Of course, this is not solely a music festival. Literary happenings occur on 21 and 22 June, including a speaking event with author and BBC journalist Hugh Pym, and a potentially enlightening conversation between novelists Sathnam Sanghera and Charlotte Mendelson alongside Giles Fraser, a stalwart of Thought for the Day.

Canny Londonist readers will have noticed we've mentioned walks, which are sure to be a popular aspect of the Proms At St Jude's. Hampstead Garden Suburb is not a particularly well-known part of town and these walks will look to highlight different aspects of life in the area, how the Suburb was conceived and its most interesting sights.

If you need another reason to attend the festival, all proceeds after costs are covered are given to the Aspire programme at Toynbee Hall to help disadvantaged young people, and to the North London Hospice.

The Proms At St Jude's takes place 21-29 June. Tickets are available via the festival website.