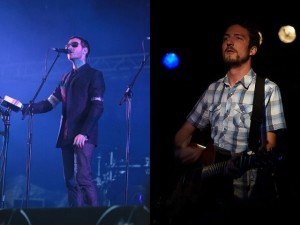 People's opinion of what constitutes entertainment differs greatly, as we know, which may be why the brains behind a new summer music festival in Blackheath came up against the almighty opposition of the Blackheath Society back in 2011. The festival organisers may initially have rued the decision to name their company 'Nimby Events Ltd' — poke the bear why don't you? — but eventually Lewisham Council's decision to grant a festival licence was upheld by local magistrates and the festival can now go ahead...three years later.

Originally pencilled in for 2012, OnBlackheath was crowded out of the summer schedule by the Olympics, then various unforeseen circumstances saw another postponement in 2013. Finally, late this summer (13-14 September), Blackheath will be treated to quite the jamboree, with some big names added to the bill in recent weeks.

The headliners on the Saturday (13 September) will be Massive Attack. Though nothing is yet set in stone, the cult-yet-huge Bristolians are planning a new album for 2014, and rumours of a reunion with Tricky have also been confirmed by the band's Robert '3D' Del Naja. Elsewhere on the Saturday bill are American rapper Aloe Blacc and quirky 'polyrhythmic gangsters' Hiatus Kaiyote from Australia on the Gilles Petersen Worldwide Stage.

Sunday (14 September) will be topped by the now astoundingly famous Frank Turner & the Sleeping Souls. Turner has lately been dabbling in such unlikely activities as winning Celebrity Mastermind, and the reception he received when joining Billy Bragg on stage in Hammersmith last week suggests London can't get enough of the man. He did spend some time singing about the city on 2011 album England Keep My Bones, including on the stupendous One Foot Before The Other.

Sunday also sees a selection of festival stalwarts rocking Blackheath, including Athlete, Imelda May, Slow Club, and London's own Kid Wave and Charlie Boyer and the Voyeurs, whose fine Things We Be video you can see below.

The Levellers are also playing on the Sunday, remarkable as it is.

More announcements are expected but tickets for OnBlackheath are available now at £63.25 for each day, with weekend tickets and concessions also grabbable. Snap a handful up now to help prove to the Blackheath Society that a common full of rock fans sweating in the late summer sun is not necessarily the end of all that's good about SE3.

OnBlackheath takes place on Blackheath Common on 13-14 September, and tickets are available from See Tickets.

Images of Massive Attack and Frank Turner courtesy of Pyb and Thomas Huntke via Wikimedia Commons.