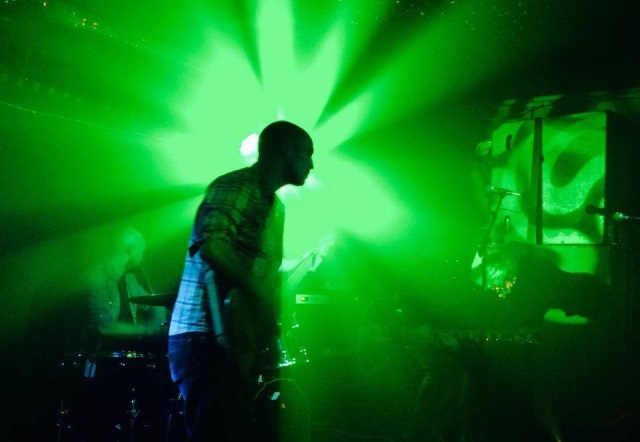 The latest in our series of new acts from London involves the tale of a quartet of musicians who had to actually escape the city to realise that their destiny was making noise together.

Mermaids are made up of Dean on guitar and vocals, Tom on guitar, Daro on bass and drummer 'Squat Boy' (yellow card for that one, surely). The story goes that these four friends headed out to Kent for a fishing trip a couple of years ago and returned with the resolve to form a band. The Medway Valley Fishing Club's loss is most definitely our gain.

The result is a debut single entitled While Spectres Waltz, a six-minute dreampop/post-rock assault. It tastily combines reverb with distorted instrumentation, early-90s style, and the type of expansive overall sound that brings to mind the early material of bands who went on to bigger things such as Doves.

Their self-confessed influences are My Bloody Valentine, the Jesus and Mary Chain, Godspeed You! Black Emperor and The Cure. If Mermaids had been around in about 1988 we suspect a certain Alan McGee might have had his head turned. Judge for yourself from the video below.

Mermaids are based around Finsbury Park and Kentish Town, and play their next gig at Power Lunches in Hackney on 16 July. The band are currently recording a debut album for release in the autumn, which will be preceded by another single, Maria's Comet, out around the time of their Hackney show.

And after this glowing profile, perhaps we can get them to bring us back a cheeky trout or two next time they're out on the pisc.

See other London bands we recommend.