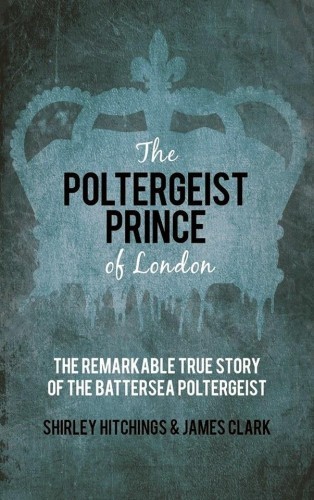 We've always taken a skewed look at our city so, with a number of news items and events taking a turn for the strange, we thought it would be a good idea to return to a regenerated Fortean London. Prepare yourself for a monthly paranormal and legendary London events and news round-up (roughly) each month.

It seems right to start with the South East London Folklore Society which is hosting a talk by London expert Rob Stephenson on the origin myths of London on 10 April. The talk will be at its Borough home of the Old Kings Head, just off Borough High Street. The talk, from 8pm and costing £2.50/£1.50, will dig-up the legends of Brutus setting up the city after escaping a ruined Troy, and the Temple to the goddess Diana supposedly squashed beneath St Paul’s Cathedral. SELFS events are excellent places to start looking into London lore.

Another introduction to the strange spirits of London is the London Fortean Society’s meeting on 24 April. Alan Murdie, president of the Ghost Club, and Shirley Hitchings will discuss the case of the Battersea Poltergeist which Shirley was at the centre of in the 1950s. The poltergeist communicated with researchers at the time and claimed to be the ghost of the lost Dauphin of revolutionary France. After squeezing people in to their previous venue, the London Fortean Society have moved to the roomy basement of Dirty Dicks on Bishopsgate. They too start at 8pm and entry is £3. Shirley is the co-author of the book The Poltergeist Prince of London and hopefully copies will be available on the night.

Things have been getting a little UFO in London. Sightings poured in of a strange object passing over the airspace of Bromley and Sydenham on 24 March. Adam Pankhurst reported:

"I was travelling through Westerham towards Bromley and something caught my eye in the sky. I saw a ball of light shoot out of another ball of light. It was very quick, faster than any aircraft. The original ball stayed in the same position for at least 10 minutes then I lost sight."

Meanwhile Anthony Wilson was at his mother’s house in Sydenham at 10pm on this faithful night when he and his mum saw:

"a very, very sharp, bright light blinking on and off in a static position. Then a smaller object below it began to move very, very, very fast. We could tell the difference because there was [a] helicopter hovering nearby and aeroplanes in the sky — it moved at lightning speed."

The news report on the This Is Local London site is worth looking over for the full story — and the image the poor picture researcher had to produce to illustrate this story of nocturnal night-light flights. It's of a disc flying in daylight with the sheepish caption 'The UFO may have looked like this'.

This Sunday, 13 April, we can say with a fair amount of confidence that the first ever Walthamstow UFO Conference is taking place at Ye Old Rose and Crown pub. Running from 1pm until 9pm and costing £5, this keenly-priced day of flying discs commemorates the 50th anniversary of a Roswell-like incident in Walthamstow. On 13 April 1964 a bus driver reported a UFO-like object just missing his vehicle and crashing into the River Lea. The witness to this falling UFO, Bob, erm, Fall, said at the time:

"I just glanced into the sky and saw something coming towards me very, very fast. It flew straight across the road and, had I been a few yards further forward, it would have hit the top deck of the bus. At first I thought the back windows of the bus had come in and, as I turned around, I saw all the passengers looking out towards the river. There was a big splash in the water. I stopped as soon as I could to report it."

The conference includes a trip to the UFO crash-site as well as urban-druid Steve Wilson speaking on the occult origins of UFOs, James DC on Walthamstow’s UFO triangle, John Rimmer of Magonia Magazine speaking on UFOs Vision and Belief, and author and film-maker Mark Pilkington of Strange Attractor Press discussing The Abuses of Enchantment. Mark’s film on UFOs and the US government, Mirage Men, is showing at the Horse Hospital on 25 and 26 April, tickets £6 in advance.

Before then it's Easter. Our Alternative Easter guide to London’s stranger traditions, An Alternative Easter, is four years old now but these seasonal celebrations are older than centuries, older than the reign of monarchs and have gone on longer than several ‘must-watch’ HBO series. Best check before going out though, just in case.

Once Easter is out of the way we can prepare for the London May Day tradition of the Jack-in-the-Green, essentially a dancing giant hedge going on a pub crawl during the day of 1 May. Once a chimney-sweep festival, now a general celebration that may involve morris-dancers, Deptford’s Fowlers Troop celebrate 30 years of taking the Jack out across London this year. An introduction to this London tradition takes place on Monday 28 April at the Miller pub, SE1, where Sarah Crofts, Neil Transpontine and David Aylward discuss May Day in South London and the Jack in the Green. Entry is £3 and the discussion and film of the 2006 Jack start at 8pm.