3D printing promises to revolutionise our lives in the next decade, from replacing broken parts in a washing machine to printing new organs. Print shops have sprung up across the capital in the last 12 months, so Jennifer Lucy Allan hit the streets to see whether getting a 3D printed miniature of yourself really is the future.

We used to think the future would involve virtual reality, holograms, humanoid robots, and world peace. Nobody said that what it would actually be was walking into an Asda in Harlow to get a miniature model of yourself 3D printed while you wait for the rotisserie chickens to cook through.

While Asda's touring printer is a temporary gimmick, plenty of workshops have set up shop in permanent spaces across London, serving professional and amateur customers, printing anything from architects' models, jewellery and tableware, to the prototype for your multi million dollar invention, or a miniature version of yourself.

iMakr on Clerkenwell Road has just celebrated its first birthday, and prides itself on catering to all comers, from 3D printing pros to interested newbies. It's done a roaring trade in 3D miniatures, estimating that they've scanned and printed over a thousand people to date. Its 3D scanning booth is currently installed in Harvey Nichols in Knightsbridge, where you can step in, zone out, and have a chocolate mould of your own head and shoulders made (£99 for six chocolates). We went along to find out what happens.


David is manning the booth. He is very smiley and friendly, and doesn't seem at all phased by the collection of 12" models of people he spends the day with. He says that most people who get 3D printed mini-mes pick the larger model, which is 15" tall (prices for a 6.5" model start at £159) nor does he have an opinion on what is an appropriate pose to be printed in. We attempt an action figure, as that's our closest point of reference for what's going on. 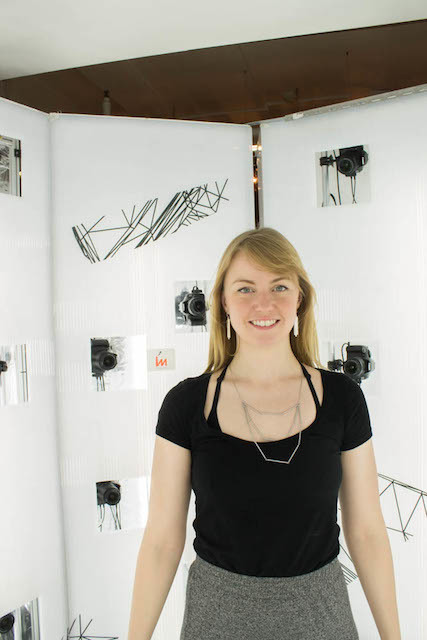 The booth is like a cardboard model of a giant sunbed stood on its end, and the 3D scanning technology actually involves a lighting rig and 48 DSLRs capturing an image of every inch of you at every angle. The joy of hearing 48 shutters snap in unison quickly dissipates once you step out back onto the shop floor and are shown what you look like from 48 different angles.

In the future, we're all going to need some more good sides. 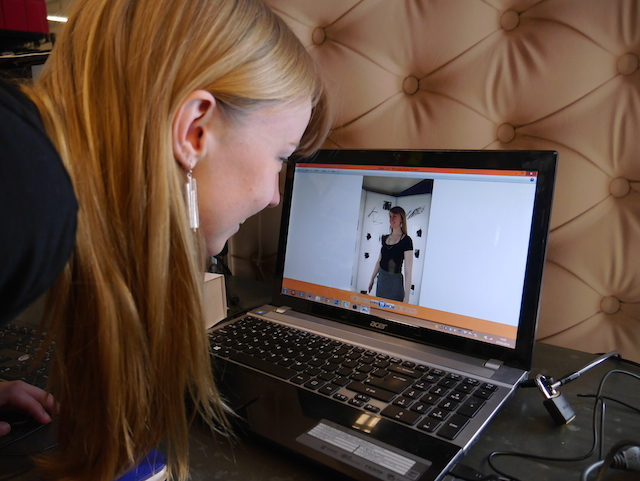 Once you're photographed, it takes a week to turn you into a CAD file and print you in tiny layers of coloured sandstone (you can also 3D print in various grades of plastic), after which you're waxed to seal the colour. Romain Kidd, iMakr's CMO, shows us round the printer. We ask why he thinks so many people want small 3D models of themselves. "For some people it's about keeping their relative forever," he says, "and sometimes it's just a fun thing to do. At the end of the day, when you look how popular the word selfie is, for me, this is just a three dimensional version of a selfie." 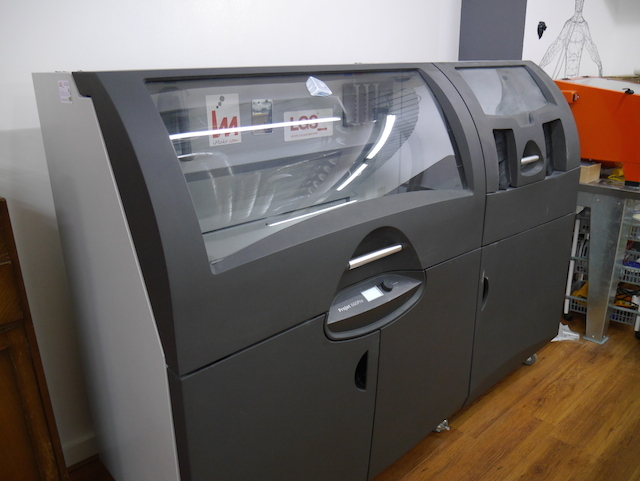 The mini-me is carefully brought home in one piece: now to try to find somewhere to put it. Where is the best place for me? I leave me on the bedside table but my boyfriend says that he only needs one of me to give him an uncomfortable night's sleep. I leave me on the breakfast table but in the morning I put me off my breakfast. I leave me on the bookshelf but can feel me staring while I'm checking emails. I seem out of place, and I worry about leaving me somewhere alone. Should I leave the radio on? A week later and I'm getting used to me, and seem to have settled down on a shelf in the living room. 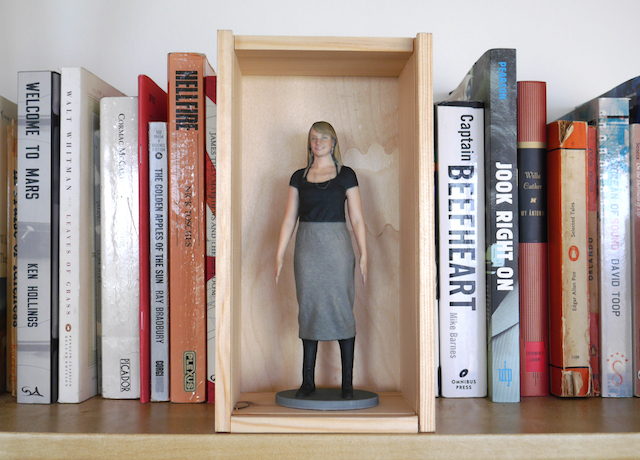 iMakr's mini-you service is just the tip of the iceberg for what's possible. As well as iMakr, there are a number of other London centres offering various services. Replicator Workshop is currently relocating from its Elephant & Castle home, but once settled again, can print a 3D model of your head for £60. 3D Print UK doesn't have a scanner, but if you roll up with a CAD file (check thingiverse.com, or iMakr's myminifactory.com) they'll print anything, and have even been known to make your children's imaginings real. Chalk Studios will scan and reproduce anything, although they prefer not to work with living things, as they are wont to move about and mess up the scan. Oh, and if you do fancy the kitchen sink romance of a scan in Asda, their touring 3D print service hits Harlow on 16–17 April.