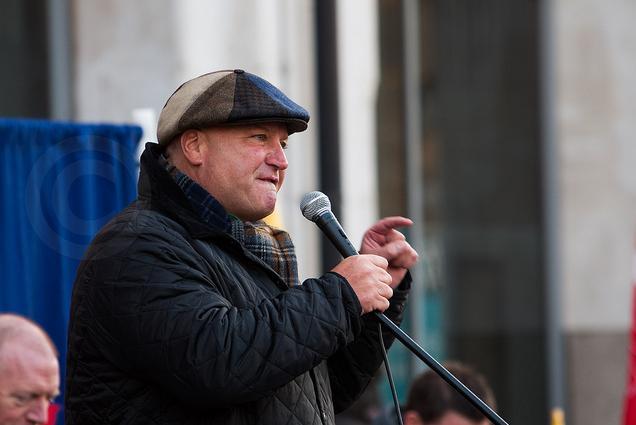 The RMT union has confirmed that its leader, Bob Crow, has died at the age of 52.

A statement on the union website says he died in the early hours of Tuesday morning. Ross Lydall of the Evening Standard has tweeted that the union leader suffered an aneurysm and heart attack.

Crow is probably best known to Londoners as the face of tube strikes and certainly divided residents with his bellicose attitude to TfL management. But it can't be denied that he secured his members decent pay and conditions in an era when the living wage is still barely enough to live on in the capital.

Pippa Crerar of the Standard quotes Boris Johnson as saying:

"I'm shocked. Bob Crow was a fighter and a man of character. Whatever our political differences – and there were many – this is tragic news. Bob fought tirelessly for his beliefs and his members. There can be absolutely no doubt that he played a big part in the success of the Tube and shared my goal to make transport in London an even greater success. It's a sad day."

Photo by sinister dexter from the Londonist Flickr pool