Made In Britain's Jeremy Thomas Season At BFI Southbank 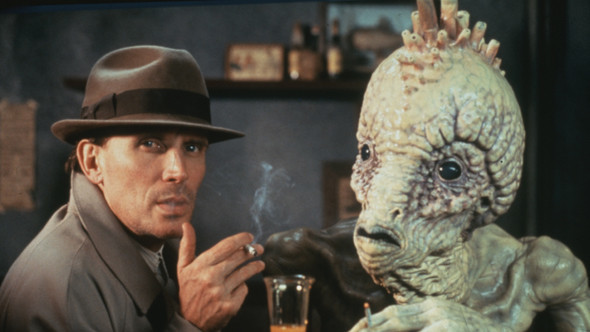 BFI’s third annual Made In Britain season opens at the end of March, with a retrospective of one of our most valued independent producers, Jeremy Thomas. While not perhaps a household name for many, the sheer wealth of talent he worked with over the years, as proved by this retrospective, is undeniably impressive.

Jeremy Thomas’s first production gig was Mad Dog Morgan, a typically offbeat story starring Dennis Hopper as an Irish settler in Australia who becomes a bushranger after being released from a six year prison sentence, determined to exact revenge on the men who made his life a living hell. Thorny and violent, it’s worlds away from what would become Thomas’s most famous production, Bertolucci’s Oscar-winning epic The Last Emperor. Shown here in 3-D , it’s as good an opportunity as ever for Oscars fans to brush up on one of the most popular films in Academy history, especially as the 3 April screening includes a discussion between Thomas himself and BFI’s Senior Programmer, Geoff Andrew.

If opulent period dramas aren’t your thing, there are plenty more eccentric choices on offer, from David Cronenberg’s ingenious William Burroughs adaptation, Naked Lunch, to Nicholas Roeg’s Vienna-set tale of sexual obsession, Bad Timing. For a season earmarked ‘Made In Britain', it’s a surprising (and welcome) intercontinental selection of titles. Along with Roeg, Thomas has helped several other home-grown talents expand their horizons, be it Stephen Frears with The Hit, or Jonathan Glazer’s feature debut, Sexy Beast, both set in Spain. Even Jeremy Thomas’s directorial debut, All the Little Animals, is symptomatic of his fascination with offbeat characters and hidden worlds, starring Christian Bale as a brain-damaged youngster fleeing London for Cornwall, where he meets William Hurt’s recluse, a man who spends his time burying roadkill. It’s certainly a season reflective of a particular and fascinating singularity.

BFI Southbank’s Made In Britain season runs from 31 March to 29 April and tickets can be purchased from the official website.