A History Of London In Five Beers

Our city's history can very easily be viewed through beer goggles. Fashions and technologies have changed over the centuries and the current renaissance of craft ales is just the latest twist in a boozy tale that predates the city itself. Here, then, is the history of London in five beers.

Most historians begin the London story with the Roman city, but there is evidence that people first settled to the south of the Thames 8,000 years ago. These proto-Londoners would eventually have learned to make beer, and could have used anything that fermented, such as bread. One drink indigenous to the British Isles is heather beer, a 4,000-year-old style originating in Scotland. Williams Bros Brewing Co still makes such a beer, known as Fraoch. You can drink this Pictish brew in The Rake, a fab little pub on the edge of Borough Market.

By medieval times, Londoners had upgraded from ‘fermented anything’ to a fermented honey drink: mead. Though technically not a beer (more like a wine), it was popular with the Romans, the Anglo-Saxons and medieval Londoners.

There is still at least one company that brews mead in London: Gosnells. Brewer Tom Gosnell explained: "Mead fell out of favour at the end of the Middle Ages with the rising popularity of ales and imported wine...Gosnells is definitely a lot drier than most medieval meads. We make it with a base of just honey and water, and it's only 5.5%, which makes it lighter and drier than most meads — it's more akin to a dry cider."

You can drink it in Oskar’s Bar at Dabbous on Whitfield Street, or Reverend JW Simpson on Goodge Street. Gosnells is also available from A Gold on Spitalfields Market, just minutes away from the site of a huge medieval hospital and charnel house. You can see the unearthed remains of these buildings under glass panels in Bishops Square.

Another old style still being made in London is the lambic beer. The brew is not made with brewer’s yeast and hops, but by spontaneous fermentation. It's a sour beer — very different from the distinctive hoppy drinks we now think of when we talk about beer or ale. The technique is about 1,000 years old. One of the best breweries in London, and definitely the best people making sour beers, is Brodie’s. The Brodies, James and Lizzie, brew their beers behind their pub and serve a London sour as well as fruitier variations such as a pineapple sour beer.

The pub, the King William IV on Leyton High Road, was built in 1891 and stands on a traditional route for pilgrims to travel up to Waltham Abbey, established in the 12th century. Make your own pilgrimage here if you want to drink like a medieval inn-goer. 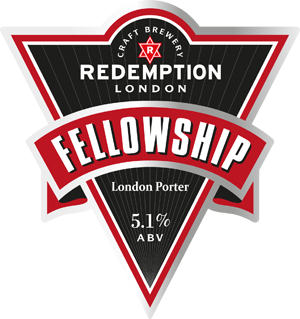 Porter is another historic beer style associated with London. It's a brew that beer historian Martyn Cornell defines as "THE beer of London’s working classes for more than a hundred years". It’s named after the people who popularised it, the porters.

Cornell says: "Porter is a hugely important style as the first beer to be mass-produced, the first beer to become a worldwide phenomenon. Porter brewers also introduced a multitude of important advances in brewing technology: thermometers, saccharometers, steam power and on-site chemists [at Truman’s in Brick Lane]."

He recommends drinking London porters in the Prospect of Whitby in Wapping — supposedly the inspiration behind the Six Jolly Fellowship Porters pub in Charles Dickens’ Our Mutual Friend.

Many London brewers have had a go at the London porter including Brodie’s, Fuller’s, and Meantime, but our favourite is Redemption’s Fellowship Porter, which you can usually find in The Holborn Whippet, the Euston Tap and the Railway Tavern in Dalston, among others.

But the Victorians didn’t always mass-produce their beers. Wild Beer Co makes an ale called Modus Operandi, inspired by Victorian methods. This beer is matured in bourbon and Burgundy barrels with an unusual yeast called brettanomyces (now quite popular among craft breweries).

Founder of Wild Beer, Andrew Cooper, believes that slow traditional methods are the best: "Brewers have spent most of the last 150 years trying to industrialise and clean the process as much as possible, a lot of the natural and artisan styles of beer making have been lost. We embrace wild yeast strains, allowing time and oak to age and mature our beer."

Both the Lyric pub in Soho and the Queen’s Head serve Wild Beer Co ales (although not always Modus Operandi). Also, Cooper recommends The White Horse by Parsons Green tube. Its current build dates back to 1882, when it would have served beer to, among others, players on one of England’s first cricket clubs.

Where are your favourite historic pubs in London, and what classic beer styles have we missed off the list?