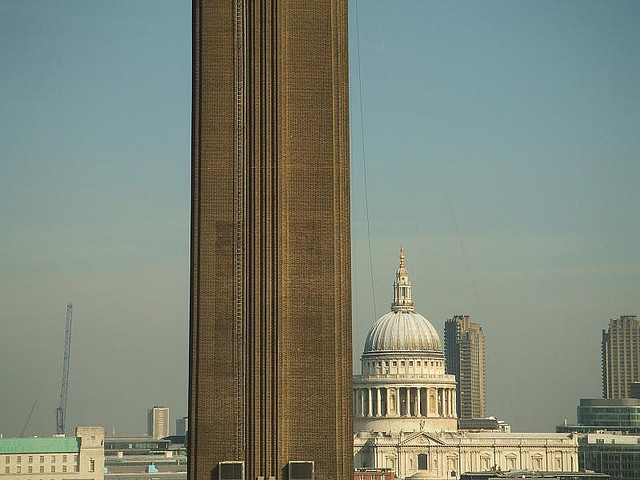 First in a two-part miniseries picking out a few starting points on either side of the river.

The old stereotypes about south London — a cultural black hole where cab drivers would never venture — are thankfully long in the past. Yet the attractions of the Surrey Side still elude some of those from north of the Thames. In fact, according to a survey by museum group CultureLine, 54 per cent of north Londoners never go south for either work or play. For those who have yet to make the journey in search of cultural fulfilment, or indeed for those who are new to London, here's a beginner's guide to the charms of the south.

Continuing their work with architect Herzog + de Meuron, the Tate trustees have commissioned a new building to extend the space. Costing more than £215 million and due to complete in 2016, the extension will create more room to display the collection, as well as for more performance and installation art.

Nearby, of course, you also have the world-famous Shakespeare's Globe, which not only puts on daily productions, but also houses its own museum of all things Bardsome. Its newly opened Sam Wanamaker Playhouse recreates a Jacobean theatre with incredible craftsmanship. 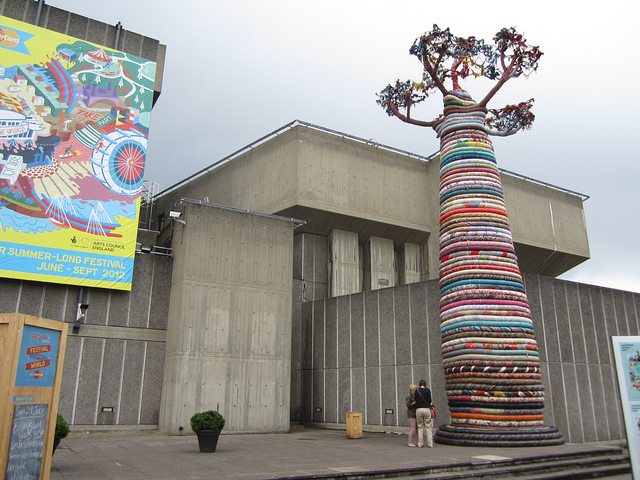 London’s Southbank Centre comprises three performing arts venues, a library and the Hayward art gallery, as well as shops and restaurants. The site, spanning 21 acres, was built during the 1951 Festival of Britain, and now has a diverse range of cultural programming, including live music, dance, theatre, literature and art. The Hayward Gallery handles the visual art side of things. They don’t come much more experimental than Martin Creed, the subject of their current major exhibition which runs until 27 April. It also curates exhibitions in the foyer spaces of the Southbank estate. During April, you can see a documentary of African hairstyles in the Royal Festival Hall and photographs from Iraq in the Hayward Project Space. The neighbouring National Theatre should need little introduction. Its three theatres, plus temporary 'The Shed' space are immensely popular. Likewise, the adjacent BFI Southbank caters for film fans, with screenings, a gallery and a rather nice cafe. A little further back from the river in Waterloo, you'll find the Old and New Vics, offering a varied theatre programme.

Established by Sir Terence Conran in 1989, the Design Museum champions the best in British and international design. Its iconic building at Butler’s Wharf has hosted exhibitions on John Pawson, Christian Louboutin and Richard Rogers in recent years. You’ve got until 22 June to see the current show Hello, My Name Is Paul Smith. It also stages the annual Designs of the Year award (first won by Apple’s Jonathan Ive KBE in 2003), as well as smaller exhibitions relating to design trends and materials. Sadly for some, the museum will move to new, larger premises in Kensington next year. All is not lost though, as the building has been bought by Zaha Hadid, designer of the 2012 Olympics Aquatic Stadium. Hadid, whose first solo exhibition was at the Design Museum, plans to turn the building into a new exhibition space focusing on art and architecture.

Hoxton’s loss was Bermondsey’s gain when the White Cube opened its mammoth exhibition space here in 2011. Cementing Bermondsey Street’s reputation as a cultural destination, the gallery shows work by contemporary artists including Damien Hirst, Anthony Gormley and Jake & Dinos Chapman. The epic preview evenings are always worth a look, and it regularly shows films chosen by the artists on show in the intimate auditorium.

Zandra Rhodes has always been ahead of the curve, which is probably why she chose Bermondsey Street to be the home of her Fashion & Textile Museum (as well as her own apartment) back in 2003. Designed by Mexican architect Ricardo Legorreta, the building contrasts with the local industrial landscape in its eye-popping pink and orange colour scheme. Now operated by Newham College, the museum runs a dynamic range of exhibitions, supported by tours and events (many of them free). The current show, Artists’ Textiles: Picasso to Warhol, looks at 20th century art history through textiles, and runs until 17 May. It also runs classes for adults, children and families on subjects ranging from tapestry-weaving to puppet-making.

The Brunel Museum in Rotherhithe celebrates the life and work of one of Britain’s greatest engineers. The building, on the bank of the Thames at Rotherhithe, forms the southern entrance to the Thames Tunnel. The first tunnel to pass under a river, it was a hugely popular tourist attraction when it opened to the public in 1843. It was later converted to a railway tunnel, now forming part of the London Overground. The museum has a permanent exhibition, housed in what was the engine house used to pump water from the tunnel. It tells the story of the tunnel and the father-and-son team who built it. The cafe gallery shows a changing programme of art, while the Tunnel Shaft is used as a music and performance space. They also run weekly boat tours to the launch site of Brunel’s record-breaking steamship at Millwall.

The world’s largest maritime museum, and our Museum of the Year 2013, the National Maritime Museum at Greenwich has over 2 million artefacts relating to Britain’s illustrious seafaring heritage. Its portrait collection, with subjects like Captain Cook and Admiral Nelson, is second in size only to the National Portrait Gallery. The recently reopened Nelson, Navy, Nation gallery explores the role of the Royal Navy in British life in the 18th century, showcasing Nelson’s uniform among other cultural treasures. As well as the permanent galleries, the museum has a programme of exhibitions and events to suit all ages and tastes. Be sure not to miss the nearby Queen's House, which houses many of the museum's larger paintings. Elsewhere in Greenwich, you can marvel at the wonders of the universe in the Royal Observatory (which includes a planetarium), clamber aboard the 19th century clipper ship Cutty Sark or admire the vast painted ceiling of the Painted Hall.

The jewel in Camberwell’s crown, the South London Gallery was founded 1891. It was established to provide free art for the people of south London, and shows a diverse range of exhibitions throughout the year. Right now you can see Welcome to Iraq, a restaging of Iraq’s mixed media pavilion at last year’s Venice Bienale. It also runs an award-winning education programme for visitors of all ages, including artist talks, family workshops and activities for schools. And if all that wasn’t enough, it can probably lay claim to the best art gallery cafe in London with No67.

Dulwich Picture Gallery was the first public art gallery in England, and has been in continuous operation for more than 200 years. Its substantial permanent collection is composed mostly of a bequest by wealthy art dealers to Dulwich College. Many notable European painters from the last 500 years are represented, including Rubens, Van Dyck, Poussin, Raphael, Veronese, Canaletto and Rembrandt. Fans of the National Gallery will find this more intimate, accessible space a hidden treasure. While it’s only 14 minutes from London Bridge, Dulwich is sometimes thought of as a bit of a trek, but it’s well worth the journey for the permanent collection as well as its temporary exhibitions. You can see the wonderful David Hockney: Printmaker until 11 May.

The Imperial War Museum has several sites (including HMS Belfast on the Thames), but its main location is near Lambeth North tube. It's closed for a major refit until July 2014. When it reopens, expect far more than a collection of old tanks and rockets. The museum holds a fascinating art collection as well as innumerable objects from modern conflicts.

Forest Hill’s Horniman Museum might be one of the most family-friendly museums in London, with its natural history collection, anthropology gallery, aquarium, handling collection and extensive gardens. A highlight for many is the overstuffed @HornimanWalrus (that’s right — more than 2,700 followers on Twitter). As well as a packed programme of family and schools events, the Horniman hosts regular exhibitions. Whisper of the Stars (until September) is a collection of beautiful photographs of indigenous people from the Russian Arctic, while Extremes (until November) explores how plants and animals live in harsh environments. Locals had enjoyed near-exclusive access to this venue for some time, but that changed with the extra attention brought about by the arrival of London Overground. With Forest Hill just a 14 minute journey from Canada Water, or 35 minutes from Highbury & Islington, north Londoners have no excuse not to go.

We've focussed here only on the big cultural icons...the good places to start if you're new to town, or haven't explored the south much. Of course, there are many, many more cultural centres including small local museums and galleries (Garden Museum, Cinema Museum, Florence Nightingale Museum...even a Fan Museum and Sewing Machine Museum). You'll find dozens in this Wikipedia list. Similarly, most big centres have fringe theatres. We've also focussed on museum/gallery/theatre culture, but that too is only scratching the surface of what might be considered 'culture'. In short, go explore.

For the latest art news from south of the river, check out the South London Art Map. It's produced four maps focusing on Lewisham and Southwark’s four most artistic districts: Bermondsey, Bankside, Peckham and Deptford. It also organises regular events, including SLAM Fridays (late opening across participating galleries on the last Friday of the month) and pay-what-you-like walking tours.