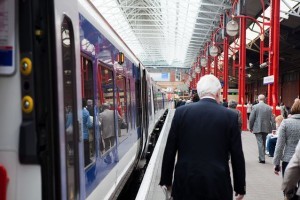 This will likely prompt a grim nod of recognition in rail commuters: just three of London's train companies* scored over 50% in a Which passenger satisfaction survey.

Chiltern came highest with 69%, then c2c with 67% and London Overground got 58%. London Midland, Southern, First Great Western, South West and First Capital Connect all scored between 40-50% with Greater Anglia and Southeastern the bottom of the national pile on 40%.

Which surveyed over 7,000 travellers who made an average of 32 train journeys in the previous year. The results are a lot lower than the National Rail Passenger Survey which sampled at least 1,000 travellers for each train operating company in autumn 2013. Their scores put London Overground on a 89% satisfaction rate, Southeastern on 84%, Greater Anglia on 80% and Southern as the most annoying TOC with 76%. Both surveys agree, however, on the (relative) greatness of Chiltern and c2c.

Perhaps unsurprisingly, the highest scoring train companies also have the best punctuality rates. Chiltern, c2c and London Overground hit their timetables 95-96% of the time, while the others struggle to get there up to 90% of the time. The one exception to this rule is Greater Anglia, which has an annual average of 92%. Any regular users want to comment about why they hate it?

* We know train companies like Virgin and East Coast come into London, but they don't really have commuter routes around here so we're ignoring them.

Photo by sinister dexter from the Londonist Flickr pool