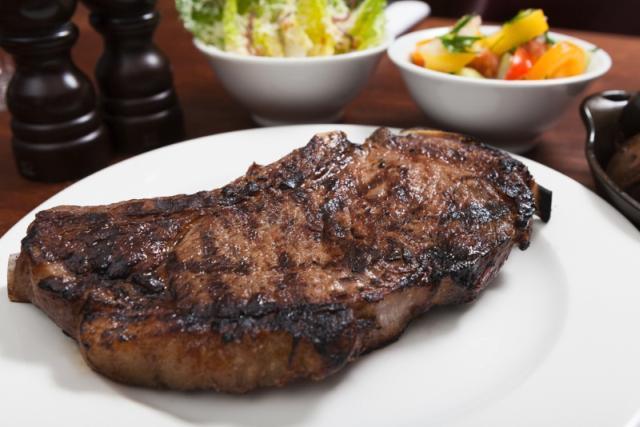 Welcome to our weekly round-up of all that’s happening in London’s food and drink scene.

The much-loved steak behemoth that is Hawksmoor has announced plans for a new restaurant in Knightsbridge later this year. It follows in the footsteps of the original in Spitalfields, as well as branches in the City, Covent Garden and on Air Street just off Regent Street. Owners Will Beckett and Huw Gott also run Foxlow in Clerkenwell. The new opening will take the site of Frankie’s Bar & Grill on Yeoman’s Row, not far from South Kensington station.

Fitzrovia restaurant Dabbous is currently one of the hardest in London to get a table at. Now details have been released of a new venture for chef-owner Ollie Dabbous and mixologist and co-owner Oskar Kinberg. Named Barnyard, the new restaurant set to open on Charlotte Street in March will be much more casual with a strong British focus. Dishes already mentioned include homemade sausage rolls, and roast beef on toast with warm horseradish buttermilk. In a statement, Oskar said: “It’s not another burger or chicken joint. Just home-cooking, done well and without all the washing-up”.

Since it was announced that chef Nuno Mendes was leaving the Town Hall Hotel in Bethnal Green and that his flagship restaurant Viajante was to close, news has been rolling in of what will replace it. The latest information we’ve heard is not about the restaurant at all, but the bar. The new cocktail spot will be called Peg + Patriot and will open in mid April, headed up by Matt Whiley. If you don’t know that name, you might have come across his alter-ego Talented Mr Fox at One Leicester Street, or Fluid Movement which he was previously a big part of. The latter is responsible for bars including Purl and Worship Street Whistling Shop. In short, it’s quite a big deal.

No, it’s not a follow-up to Bethnal Green’s Cat Emporium or anything to do with this dog caff. It’s just a new pet-free deli from the team behind street food’s sausage stars: Big Apple Hot Dogs. It is not just its stock of artisanal, locally-made and small-batch foodstuffs that will make Cole & Sons (named after owner Abiye Cole) particularly special when it opens in the next week or so on Caledonian Road. In the basement will be a kitchen where street traders or small businesses can come to make their goods before having them sold in the shop, while a pitch outside will see guest chefs cook food-to-go on one of the Big Apple Hot Dog grills.

We still want your help to keep these weekly food and drink news round-ups as relevant, up-to-date, and interesting as possible. Got any top tips, local gems or foodie news? Tried one of the new restaurants we mentioned? Leave a comment below or hit us up at hello@londonist.com. ‘Til next week…