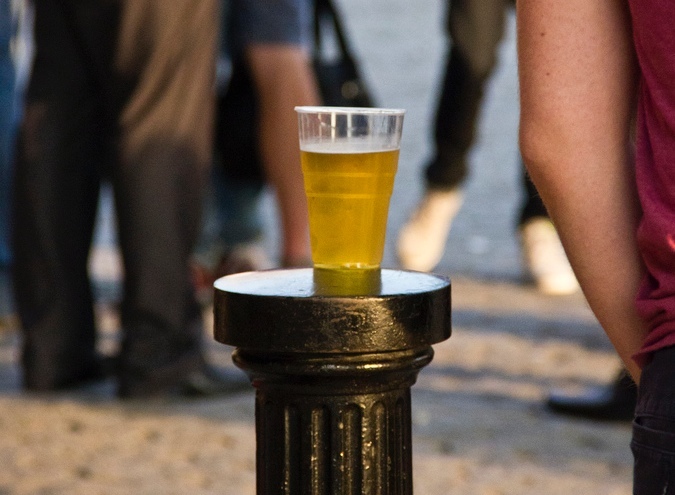 With Dry January a distant memory (what do you mean, you didn’t even do it?) and the festival season hotting up again after its hiatus, it’s time to to give beer a bit of love. Here’s our selection of the best beer festivals and beery events going on around London throughout February.

Wednesday 5-Friday 7 February: Battersea
OK, so this one is on right now. Still, who needs notice for a beer? Now in its 24th year, the large-scale Battersea Beer Festival is organised annually by the South West London branch of CAMRA and promises its biggest selection of beers yet. Included will be over 150 British real ales and around 50 more offerings made up of ciders, perries and foreign beers. It’s held in the impressive surrounds of Battersea Arts Centre from midday until 11pm each day.

Thursday 6 February: Hampton Court
On the off-chance that you’re free tonight, how d’you fancy meeting the brewers from Meantime? The Prince of Wales in Hampton Court is holding a meet-the-brewer evening, with a chance to come and see the guys behind the pints, and also try a few of them for yourselves. Even without this special event, the Prince of Wales has an excellent ale selection, so it’s well worth a visit if you haven’t already.

Saturday 8 February: Hackney and Stratford
Less a beer festival than a social for the East London & City branch of CAMRA, but worth knowing about all the same. Members from the Southampton CAMRA area will be coming up to see the East London folk and they’ll be visiting three brewpubs in the area with anyone interested very welcome to join in with some pints and beer chat. Find them at 1.30pm at Cock Tavern on Mare Street, 4pm at Crate in Hackney Wick, and at 6pm at Tap East in Westfield Stratford City.

Saturday 15 February: Wanstead
A pop-up ale and meet-the-brewer event set in Christchurch Hall, this event sees local microbrewery Upstart sell their first and second creations, Alpha (pale ale) and Beta (dark lager). Brewer James will be on hand should you have any questions, and there’ll also be extra beers from Pitfield Brewery in Essex. It runs from 11am-7pm.

Saturday 15 February: Hornsey, Crouch End, Crouch Hill and Harringay
Organised by London Pubs Group, join a daytime crawl around eight of the best pubs in N8 and N4; anyone who's interested and would like to join in is welcome. It kicks off at midday at The Three Compasses in Hornsey and keeps up good pace to get to The Salisbury on Green Lanes for 6pm. The other stop-offs and timings for each can be found at the links above.

Friday 21-Saturday 22 February: Orpington
If you happen to be close to the south-eastern edge of London, then this mini beer festival in Orpington Liberal Club may be up your street. There will be 25 real ales and five ciders and perries, available from 11am-11pm both days. There’s a charge of £5.40 for entry, but you get two beers for that money. And prices for pints start at a bargainous £2.70. Details here.

Friday 21-Sunday 23 February: Shoreditch
After its inaugural outing last year, Craft Beer Rising is back. And it’s bigger, too. It runs from 11am until midnight on the Friday and Saturday and until 6pm on Sunday, but the longer days are split into sessions, so check the website for details. Expect 60 breweries showcasing more than 200 beers, live music and some excellent street food stalls. It’s definitely out for the title of being London’s best beer festival, and we reckon it’s pretty close to that (in terms of the festival atmosphere, not just the beer). This is a must visit.

Throughout February: Shoreditch
The Craft Beer Social Club is a pop-up pub in Shoreditch, which re-opens today on Leonard Street following on from a successful run on Shoreditch High Street before Christmas. It’s open every Thursday to Saturday until 8 March and combines a hefty ale and beer selection with street food residencies and a social attitude. They’ll showcase in the region of 15 different beers a week (this week’s list is here), and offer table service by ‘beer sommeliers’. While this means you don’t have to queue, it also means that booking is advised; details of all that here.

Any more for any more? Have we missed any? If so, let us know in the comments below.

And while you’re at it, why not buy the Londonist book of London pub crawls for less than the price of a pint.