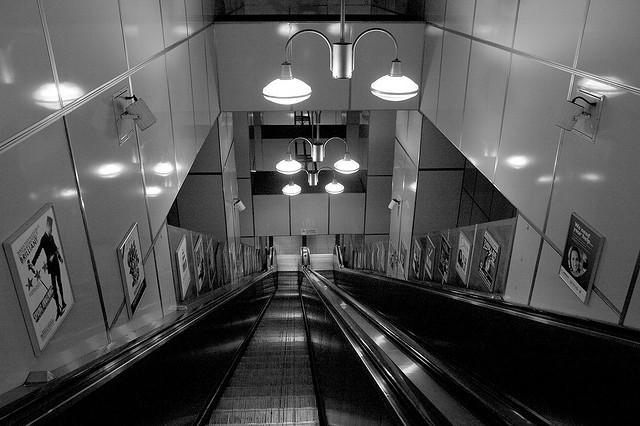 When Londonist was a nipper, no more than knee-high to a Trafalgar Square pigeon, we remember being psychologically scarred by the public safety information film below. So the news that an escalator malfunctioned at Cutty Sark DLR on Tuesday evening is not exactly welcome.

Passengers told the BBC how the up escalator suddenly started travelling in reverse and at a faster speed than usual. Another commuter told the News Shopper how not even pressing the emergency stop button worked. In a horrible reflection of that advert, Debra Sainsbury told how her foot was caught badly enough for the machinery to rip one of her shoes, though nobody was injured enough to need medical attention.

We didn't even know it was possible for escalators to arbitrarily change direction. Transport for London's described the incident as a "mechanical fault", which isn't terribly reassuring. Assembly Member Len Duvall has written to the Mayor asking for an investigation and expressing concern that passengers had difficulty finding a member of staff to deal with the situation. Our woman on the scene confirms that, as of this morning, the escalators at the station are all out of service.

Photo by Jonathan Tweed from the Londonist Flickr pool