Underground Films: The True Value Of The Tube 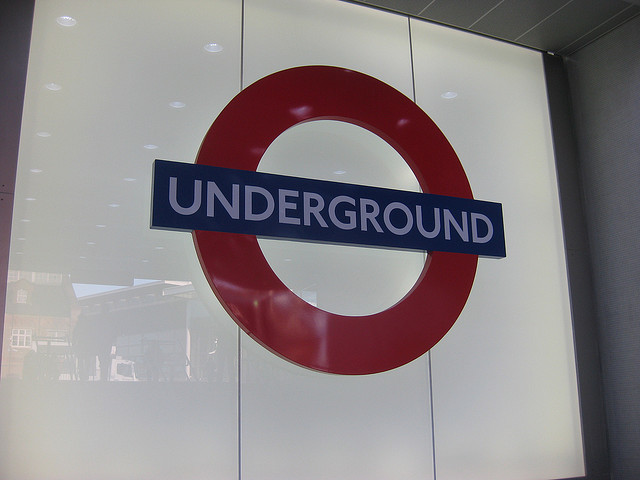 The Underground is an integral part of London’s landscape, along with its Tower, its bridges and its surprisingly deep puddles you learn to go around rather than try to jump. Its roundels are lighthouses to the tipsy and the lost, reassuring them that yes, you will get home tonight. It is unsurprising, then, that when filmmakers depict London they often include the stations and tunnels of the network as a location. So often, in fact, that the Underground network has a dedicated film office set up to deal with the requests.

Since 2008 the London Underground Film Office has generated well over £1.5 million in revenue for Transport for London, though the amount varies significantly by year:


Though TfL does not hold the information of which station generated the most revenue this way, the disused Aldwych Station is probably the station most frequently redressed for use in film. It was used for, among others, the New Year’s Day episode of Sherlock; in V for Vendetta; and for a scene in horror sequel 28 Weeks Later in which zombies cornered and devoured a helpless victim, a sight so reminiscent of the last tube on Saturday night that you’ll barely raise an eyebrow. The former Jubilee platforms at Charing Cross are another favoured location, making a notable recent appearance in Skyfall.

While the revenue generated this way looks impressive in isolation, in terms of the overall amount generated by TfL’s operations it is absolutely insignificant. The London Underground Film Office generated £418,000 in 2011, for example, while the gross revenue from London Underground fares alone in the same period was £1,758 million. Notably, the £1,657,809 revenue from the Film Office from the five years 2008-2013 is less than half the amount TFL paid to Rentokil for ‘Building Maintenance and Repairs’ in a single month.

Part of the reason that the Film Office does not bring in more revenue for TfL is that its enclosed locations are relatively easy to recreate on soundstages: both Skyfall and Die Another Day filmed at least part of their Underground-based scenes at Pinewood Studios. By contrast, Film London, which regulates filming access across the entire capital and thus controls access to vistas that cannot be similarly recreated, brings in around £110 million per year.

Despite this poor showing the Underground will undoubtedly continue to be featured in countless more films and television programmes. Its real value is in its history and recognisability as an essentially London location. Its cramped and winding corridors will be the setting for many more chase scenes and its platforms the backdrop for tearful goodbyes for many years yet.

Feel free to comment below with any examples of the Tube’s depiction that you think best demonstrates its value as a filming location, particularly any scenes that simply could not have been filmed anywhere else.