This is a sponsored article on behalf of Tate Britain. 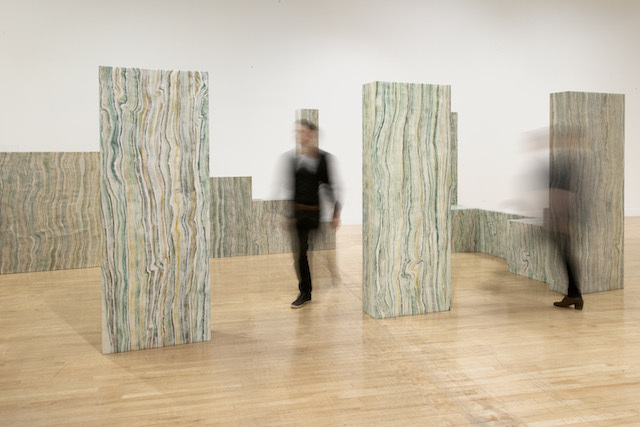 Traditional? Yes. Outdated? Certainly not. Contemporary art may use a variety of different mediums, but the humble painting is far from a thing of the past.

Painting Now: Five Contemporary Artists at Tate Britain presents five different responses to the practice of painting by focusing on the recent work of five artists, each of whom has developed their own distinctive approach: Tomma Abts, Gillian Carnegie, Simon Ling, Lucy McKenzie and Catherine Story.

From abstract to still life, landscape to portrait, body painting to street art, painting is a highly responsive, popular and dynamic artistic medium. Compare Monet to Michaelangelo, for example. Picasso to Botticelli. All beautiful, but all distinct.

While the approaches by each of the artists are different, subtle affinities can be drawn, offering a range of answers to the proposition of what painting might mean, now.

Gillian Carnegie (b. 1971) works within the traditional categories of landscape and still-life, investigating the materiality of painting. She questions habitual responses to familiar subject matter. She was nominated for the Turner Prize in 2005.

Simon Ling (b. 1968) makes paintings either in the open air where nature and the artificial meet, or in the studio where he builds elaborate tableaux. Ling emphasises not just what an object looks like or what its material qualities might be, but the experience it engenders – his ambition is to create an emotional equivalence to material form.

Lucy McKenzie (b. 1977) moves between fine art and other fields, combining concepts with those of craft, fashion, heritage and commercial art.

Catherine Story (b. 1968) makes paintings of half-familiar forms that seem to inhabit a dreamlike space. Her work bridges a divide between sculpture and painting, allowing the two disciplines to exist alongside each other with no hierarchy.