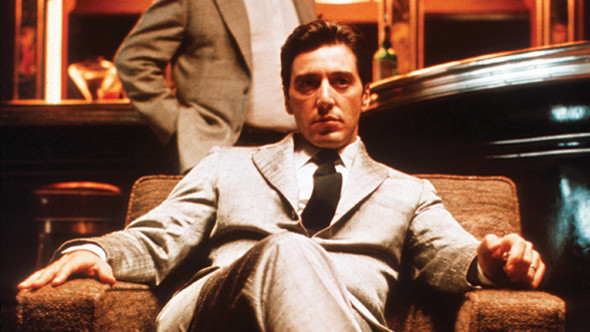 Al Pacino, one of our greatest living actors, might have spent the last ten years taking pay cheque roles in the likes of Jack and Jill and Righteous Kill, but there’s no denying the quality of his back catalogue. Throughout February and March, BFI Southbank will be paying tribute to a man many still consider to be the greatest actor of all time, and a key face of New Hollywood.

As expected, there are numerous screenings of Pacino’s most beloved films, including The Godfather trilogy – truly worth seeing on the big screen – and Brian de Palma’s cocaine-fuelled classic, Scarface. If the latter is widely perceived to be the beginning of a slide towards hammy, exaggerated performance (and remember that Pacino won his only Oscar for the hardly stellar Scent of a Woman, also showing), the BFI’s roster includes enough examples of what a multi-faceted talent he was during his peak years. Police corruption thriller Serpico is perhaps the best example of his particular brand of grizzled sexuality, whilst Sidney Lumet’s classic, Dog Day Afternoon, in which he plays bisexual bank robber Sonny Wortzik, is proof of his dexterity and sensitivity towards the characters he plays.

Pacino’s later career is certainly spottier, although highlights remain in his first head-to-head with Robert DeNiro, Heat, Michael Mann’s measured thriller, The Insider, and the outstanding Donnie Brasco, which sees Pacino at his quietest acting circles around Johnny Depp’s undercover cop. Although none of these films can be truly described as rarities, a second viewing of some of Pacino’s features brings new pleasures to light. Especially worth checking out, and barely talked about now, is Christopher Nolan’s cool, visceral Insomnia. BFI Southbank’s season might not offer much in the way of new material, but as a passport back through one of Hollywood’s most notable actors, it’s a guaranteed treat.

The Al Pacino season will run from 1 February – 20 March at BFI Southbank, and tickets are available from the official website.