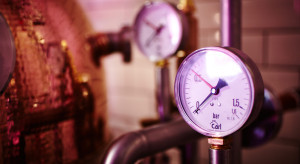 Today is an important and historic day for London. In terms of booze, at least. The London Distillery Company will this afternoon run off the still the first whisky to be made in the capital for over a century.

The Battersea-based distillery started making Dodd’s Gin this Spring, and after waiting for approval from HMRC they began the process of making whisky shortly afterwards. We reported on their plans to do so well over a year ago, so we’re excited to see it finally happening.

A special event in the distillery this afternoon will see the first litres of whisky flow from the still and be barrelled for ageing. It must then age for a minimum of three years and one day to officially be called a whisky, so theoretically we could all be enjoying a wee London dram on 13 December 2016.

The whisky (like all malt whisky) is made using just three ingredients: malted barley, water and yeast. For this whisky, the barley has been sourced from Warminster Maltings in Wiltshire and the yeast from Surrey; the distillery is using traditional London yeast strains historically used in beer brewing. The final ingredient will be H2O from Thames Water, the same stuff we get out of our taps.

The whisky has been distilled in a 650 litre copper pot still named  ‘Matilda’ after the distillery’s co-founder Darren Rook’s Scottish grandmother, in a press statement about the process, Rook said:

“This is really only the start of the journey as we have some time until the whisky reaches its optimum. We’re aiming to create an historical style of single malt with a great depth of flavour and floral backbone. That said, thanks to our small size and the equipment, we are not limited to one style. One fermentation will fill one cask, so we are able to experiment and create bespoke whiskies.”

Prior to today, the last whisky to be made in London was distilled at Lea Valley Distillery, close to what is now the Olympic Park; this distillery closed over 103 years ago in 1910.

Right now in London we're in the midst of a gin revolution, with small distilleries practically opening by the month. Could we see something similar happen to whisky? Move over Scotland!