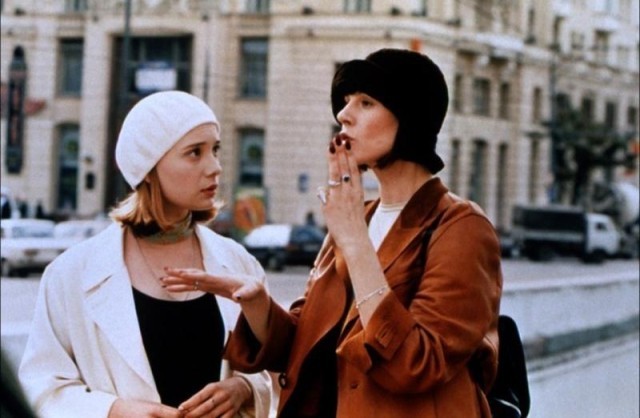 Ask most people what they know about Russian cinema, and they’re likely to remember Battleship Potemkin, or Timor Bekmambetov’s popular Night Watch trilogy, but perhaps little else. While Russian cinema might not be as prominent as, say, the ever fruitful Romanian New Wave, this year’s Russian Film Festival hopes to bring more focus on the country’s rich cinematic heritage.

The festival opens with Bite The Dust, which focuses on a small tight-knit community as they prepare to meet an astronomical phenomenon that will wipe out 90% of humanity in twenty-four hour’s time. What sounds like a dour premise apparently allows for a surprising amount of comedy as the villagers face their final day on Earth in this film which screened out of competition at this year’s Cannes Film Festival. The screening will be followed by a Q&A with director Taisia Igumentseva and Sergei Abroskin, leading into an after-party.

It’s not only contemporary features on offer. The festival provides a rare opportunity to see Valery Todorovsk’s singular The Land of the Deaf, in which a young woman whose boyfriend is struggling with gambling debts finds herself falling in love with a deaf female stripper who introduces her to Moscow’s deaf mute underworld community.

For those seeking something more serious-minded, Evgenia Montana Ibanes’ documentary March, March With Your Left! follows opposition leader Sergei Udaltsov, currently under house arrest, through his various rallies, imprisonments and hunger strike. For something less overtly political but just as revealing, Pipeline might well be worth checking out. Winner of Best Documentary at this year’s Karlovy Vary International Film Festival, it documents the lives of those people living along the Trans-Siberian gas pipeline that runs through Russia and into Europe, a symbol of Russia’s resurgence for some, proof that little has changed for others.

The Russian Film Festival runs 7-17 November at Empire Leicester Square and The Mayfair Hotel Cinema, and tickets can be bought from the official website.