London is in constant flux. We all know that disconcerting experience of discovering that entire blocks have been demolished, apparently without warning, or finding that a favourite café has vanished, as though it never existed. Here are a few London experiences that vanished while we were all looking the other way:

The Circle Line was once a golden ring encircling central London, but in 2009 the ring was broken and it became a noose. All trains now terminate either at Edgware Road or Hammersmith. Londoners can no longer sit on a Circle Line train for as long as they like, going round and round, getting off only when, for example, they have finished their book. London’s equilibrium has changed for ever, and the Tube is a slightly less special place because of it.

Generations of Londoners and visitors would hang around awkwardly on Piccadilly Circus ,on the corner of Regent Street and Piccadilly, engaged in the uncertain business of meeting friends. Without being told, somehow everyone knew where to meet: outside a shop that 50-somethings knew as Swan & Edgar, 40-somethings as Tower Records, and 30-somethings as Virgin or even, fleetingly, Zavvi. To anyone younger, the concept of the ‘meeting place’ is a weird 20th century relic. You just phone each other. 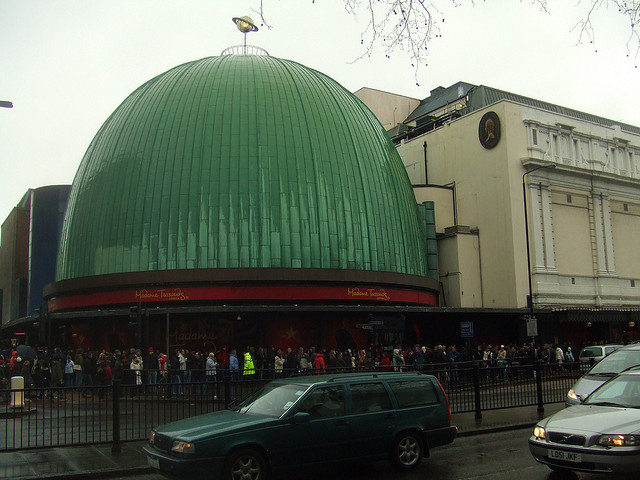 Baker Street is famous for you-know-who and for Madame Tussaud’s waxworks, but the lost jewel in its crown is the Planetarium. Once home to the most comfortable seats in London, it closed in 2006 reopening as a mocking echo of its former self — the Star Dome… featuring celebrities, instead of cosmic bodies at the far reaches of human comprehension. The Planetarium was the highlight of a child’s day out in London and nothing will ever be as exciting, or as well-cushioned, again. The Royal Observatory Greenwich now has the capital's only proper Planetarium. 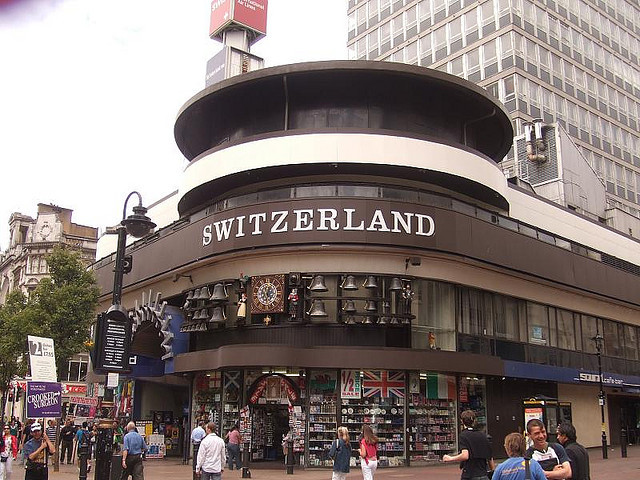 The Swiss Centre was a little chunk of Switzerland, mysteriously located in Leicester Square. Its glass and steel modernist tower was demolished in 2008, taking with it not only London’s highest cinema, but more generally the enjoyment of walking past everyday wondering what exactly it was for. Westminster Council thought the building failed to make a positive contribution to Leicester Square: they replaced it with M&M World. The Swiss Centre glockenspiel survives, even more confusing than it was before.

West London, late 20th century, and even aircraft noise could be glamorous. The elegant, crane-like, dip-nosed silhouette of Concorde roared over W postcodes several times a day on transatlantic trips. It seemed to blur the boundary between living entity and machine, far more mysterious than lesser, subsonic aircraft. From 1976 Concorde was the pay-off for living in flight path hell, making it almost worthwhile. A lot of people probably left town after its retirement flypast in 2003.

Late 20th century Soho was synonymous with cheap, no frills Italian food served by cafés in the spirit of hip 1950s Italian Soho. Several remained untouched until the 2000s – notably Centrale (demolished for a shop that then remained empty for years), Lorelei (with its outside toilet), Pollo (the king) and Presto (Derek Jarman’s favourite), all within a block of Old Compton Street. Lorelei’s closure earlier this year signalled the end of the carbonara era.

Suddenly, in the mid-2000s, everything exciting about new London art was conveniently located on a single road… and it was not Cork Street. As the economy boomed a new gallery scene grew up on a short, scruffy street in Hackney, full of unwanted factory and warehouse space. It was colonised by galleries such as Fred, Kate MacGarry, Nettie Horn, IBID Projects, One in the Other, Vilma Gold, and many more. Then came the crash followed by property price madness, and just as suddenly they were gone. Vyner Street still has galleries, but it is no longer London’s one-stop art shop. 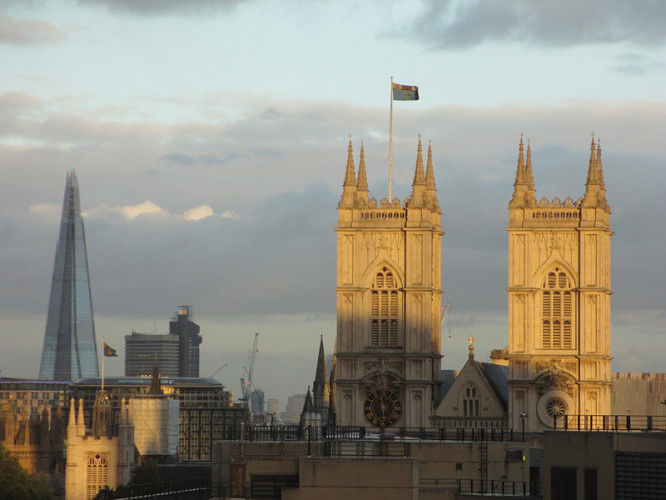 Westminster Abbey, understandably, charges for entry — £18, in fact. However, until the late 1990s the west end of the nave was free, ideal for the thousands who passed the Abbey every day, hungry for a lunch hour Gothic fix. Apparently tour operators started to take advantage by parking their groups inside, and the Abbey ended free access. The Abbey is still London’s church, but not as many Londoners get to see inside it any more.

And here are two London experiences on their very last legs:

9. Going to the Dogs

While it is still just about possible to have a night out at a London dog track, the curtains seem to coming down on what was once London’s favourite entertainment. The decline from crowds of 100,000 plus at White City in the 1930s has been long and drawn-out, but until the 2000s London still had four popular tracks. Catford closed in 2003 and Walthamstow in 2008. AFC Wimbledon plans a new ground in place of the Plough Lane dog stadium. Time for a visit to Romford for a last taste of London’s dog scene.

10. Buying a home on an average salary

Once upon a time most Londoners could expect to be able to buy a home for themselves. But the property price boom has attracted investors, landlords and wealthy people, pushing prices further and further out of the reach of all but a few. The median price of a home in London is now over 12 times the median income in the city, so if you're a first-time buyer, this could be one experience you'll never have.

Nominate your own vanished/vanishing London experiences in the comments below.