Eat Your Art At CAFF 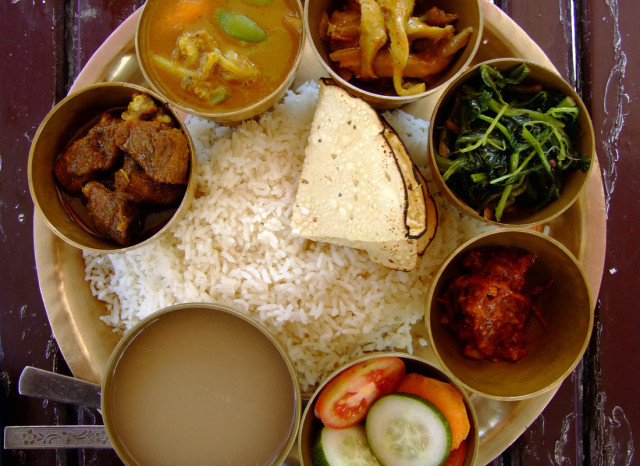 We've reached that time of year where it doesn't seem possible to turn a corner in London without tripping over an Art fair or three – hot on the heels of the more object orientated London Design Festival, Tent London, Designers Block, Design Junction et al. last month, we're now bombarded with Frieze, Frieze Masters, AAF, PAD, Moniker Art Fair, The African Art Fair, The Sunday Art Fair, The Shacklewell Art Fair, The Other Art Fair and even the Multiplied Art Fair... it's enough to make you want to have a little sit down and a cuppa. (And browse our guide to the lot while you do.)

Some bright spark has concocted the perfect excuse for a sneaky break without feeling you're missing out, by inviting a group of artists to create a culinary pit stop at the Sluice Art Fair (yes, there's another one) this weekend. Four artists taking inspiration from Gordon Matta-Clark's 1970s FOOD are creating a limited performance-based dining experience featuring body-responsive tableware, Nepalese inspired crockery and a re-imagined afternoon tea.

Artists Josh Bilton and Freddy Tuppen are seeking to engineer interaction and exchange between their diners prompted by their specially commissioned thermochromic table settings, while Chloe McClellan and Berta De La Rosa have teamed up to create a range of crockery specific to the menu they are creating, which engages the finished dish with the raw ingredients as part of the ceramic processes. We're promised this isn't just for show though, as all is overseen by the watchful eye of London Research Kitchen co-founder Crystal Bennes.

There's a mere 20 places for each sitting, so get in there quickly. Bookings taken for lunch at 1pm, dinner at 7pm, or afternoon tea at 4pm on the Saturday and Sunday. Thankfully, unlike some of the price tags at the ironically titled AAF, this comes in at an almost astonishingly reasonable £10 a head. Art Will Eat Itself.