If you're looking for a job in social media, there may be one going at First Capital Connect. The train company was today forced to issue an apology when one of its customer service tweeters decided to explain to a passenger that climate change is an "illusion".

Rob Francis (@livingprocess) took to Twitter this morning, wondering why there were energy-guzzling outdoor heaters on Finsbury Park platforms. "Jay" used his employer's account to say the following: 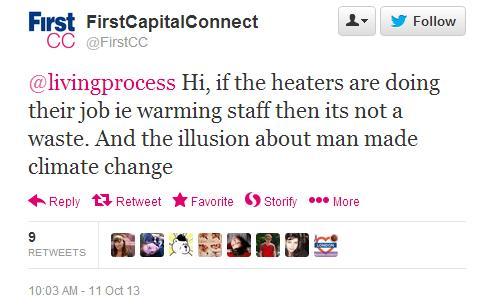 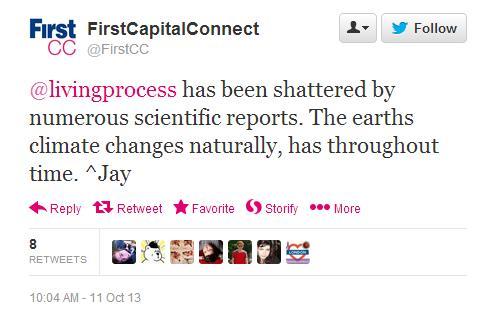 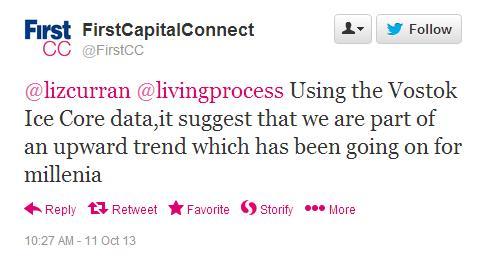 Given that First Capital Connect devotes a page on its website to sustainability and encouraging people to travel by train to reduce their CO2 impact, and coming so soon after the IPCC report declared as much certainty in man-made climate change as scientists have that smoking causes lung cancer, that's a bit embarrassing. "Jay" tried to do some damage control but was swiftly replaced by colleagues, and an apology. Another story for the 'what not to do on social media' file. 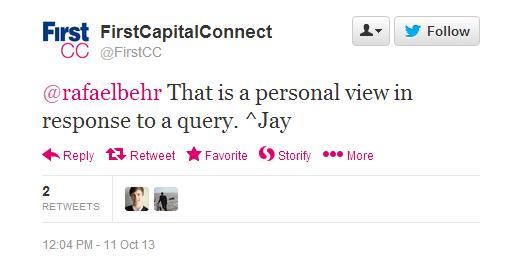 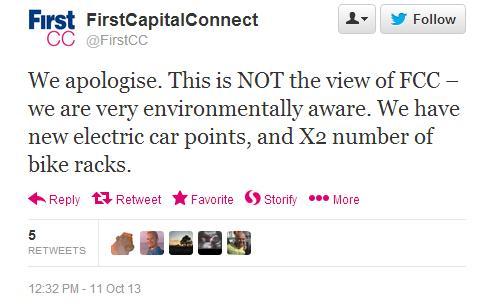