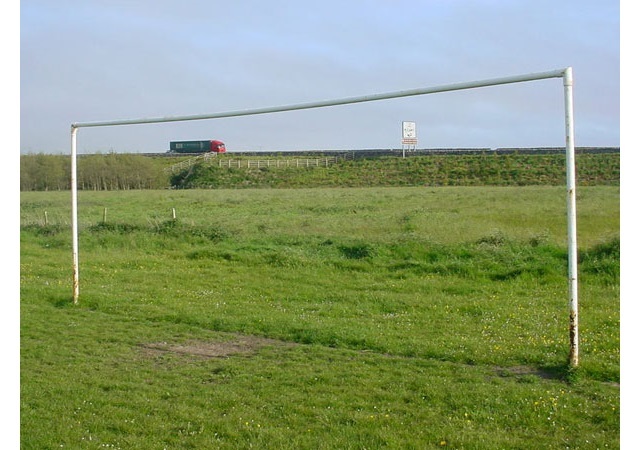 As much as each football club likes to think it has an excellent official website that fans flock to for news each day, every genuine supporter knows the proper football writing comes from within their own ranks.

Bloggers offer an always unique and frequently hilarious (for good reasons and bad) take on football news, and each set of supporters has its favourites it turns to for updates on their club's heroes. Here Londonist rounds up the best of the bloggers from across the capital's 13 league clubs.

Arsenal
Setting a fearsome standard for others to attempt to emulate, Arseblog provides Gooners with an entertaining daily intake of news and views (even during international breaks, or 'interlulls'). Chief writer Andrew Mangan's writing is both insightful and funny, avoiding the trap fallen into by the many writers who use their online space to shout angrily into the void as an audience shrugs.

Chelsea
Perhaps surprisingly for a club with as large a fanbase as Chelsea, their bloggers seem as elusive as a Samuel Eto'o shot on target. The best of them is We Ain't Got No History, which rounds up the best Blues-related writing from the likes of Graham MacAree and David Pasztor.

Crystal Palace
Naming a blog is the first hurdle for a blogger - naming it after a treasured piece of commentary is a certain way to endear yourself to potential readers. Hopkin Looking To Curl One... is named after former Eagle David Hopkin, whose bending last-minute effort took Palace up via the 1997 play-off final at Wembley. The blog itself offers excellent updates on, as they say themselves, "everything from results to the colour of Aaron Wilbraham's boot laces".

Fulham
Another well-written blog, also happily easy on the eye, HammyEnd was originally aimed at Fulham's Scandinavian fanbase but has developed into a fine source of news for all Cottagers. While not offering daily updates it does take on the issues more thoughtfully than many in the fury-laden world of top-flight football, as befitting the well-respected west London club.

Tottenham Hotspur
The N17 equivalent of Arseblog across north London, Harry Hotspur is another blogger not well suited to the furious 'life and death' aspect of many football writers. Gallows humour and fun-poking are Harry's stock-in-trade as he charts the ups and downs of the perennially up-and-down Lilywhites.

West Ham United
Ironviews is the best of the West Ham blogs, among a crowd more varied in quality than the Hammers' mercurial squad itself. Stuart Plant and Liam Spencer are the current chief bloggers documenting the twists and turns of a season that has them writing the whole team off one day and lauding them as world-beaters the next, such is the way of the beautiful game.

Charlton Athletic
Picking the best Addicks blog boils down to which is updated the most frequently, and the prize therefore goes to the unusually named Drinking During The Game. Principal writer 'Dave' has an interesting take on his club, veering from adoration to misery with reckless abandon. Between the inevitable match reports, his views on the management of the club from boardroom down are quite some read.

Millwall
Even a mental image of a Millwall fan 'blogging' is quite tricky to conjure, but thankfully 7 Windmills holds up the Lions' end well. "A long time ago on the sea wall on the Isle of Dogs there was built seven windmills, this area became Millwall and the rest is history": so runs the tagline of a site that is only updated a few times a month but demonstrates obvious pride in the club throughout.

Queens Park Rangers
QPR are one club not short of a blogger or two. Our pick for the best of the bunch is Independent Rs, part straightforward blog of updates and stories and part supporters' club, organising meets and drink-ups among Rangers' fans. The writing standard on the site is excellent and never afraid to have a dig at the club's expense when warranted.

Brentford
There is a handful of dedicated Bees blogs to choose from but the best fan writing online tends to crop up on the site of the Brentford fans' network Beesotted. Chief among their finest and most passionate writers are Condorman and Billy the Bee, while the wider site collects news, articles and reports from Brentford, Ealing and beyond.

Leyton Orient
The tagline of View from the West Stand is "A chance to share the joys and pain - mostly pain - of supporting Leyton Orient". The grim realities of football outside the mega-millions form the backdrop to the writing here, and were there an award to be won for the finest lower-league blog the work of Orient fan Matt Simpson would be among the frontrunners.

AFC Wimbledon
Calling all football bloggers: an opportunity awaits. London's youngest league club within the current 92 has yet to produce a blogger beyond the unimaginatively titled AFC Wimbledon Blog, which is a decent effort but doesn't seem to offer much beyond a preview to each match and sporadic match reports. A legion of hungry readers awaits whoever's brave enough to don (oh yes) the mantle of the Wombles' chief blogger.

Dagenham & Redbridge
The Daggers' blogging squad is short of numbers, but one enterprising youngster is certainly making a name for himself. Nick Murphy has spied an opening and scampered through on goal with The Daggers Scale; Nick is a budding sports journalist whose writing shows definite promise, and a long stint in London Football Bloggers' first team surely awaits.

There's no trophy for second place so we've picked one winner per London team, but who should have won? Who else deserves the trophy for your club? Set us straight in the comments below.