BFI London Film Festival 2013: A Round Up

By Londonist Last edited 87 months ago
Londonist BFI London Film Festival 2013: A Round Up 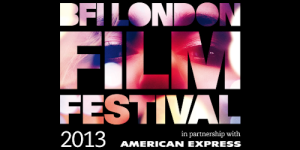 It's a wrap. Another triumphant London Film Festival has come to an end, after 12 days of the best films from all around the world.

British director Paul Greengrass opened the festival with the excruciating intense Captain Phillips, based on true events. This fast-paced Tom Hanks feature tells the story of a US container ship taken hostage by Somali pirates. Plenty of other British films were on offer, such as Starred Up, a Film4-backed, gritty and exceptionally well-shot film in which a young man — played by the mesmerising Jack O’Connell (This is England, Skins) — attempts to control his anger and change his ways, but finally meets his match inside the constraining walls of prison.

Alexander Payne’s Nebraska was a visual treat. Stunning cinematography captured the road trip of an elderly man traveling with his son to collect what he thinks is a $1 million prize, and meeting some familiar faces along the way. Blue Is The Warmest Colour, the most talked about film from Cannes Film Festival this year, completely stole our hearts with a hypnotic story of a young lesbian couple’s tender relationship. Another highlight was Lukas Moodysson’s We Are The Best, an adorable feature based in Sweden about three 13-year-old friends who decide to start a punk band. Moodysson’s ability to capture childhood innocence on screen is truly impressive.

South African noir-thriller, Of Good Report, is a fiercely unique feature shot in black and white, telling the story of an ex-military worker turned teacher who has an illicit affair with one of his students. We hope this film gets lots of coverage – a truly well crafted, edgy feature.

We were particularly impressed with Oscar favourite 12 Years A Slave, directed by London-based Steve McQueen, the director who gave us Shame and Hunger. Overwhelmingly emotional and also based on a true story, the plot follows Solomon Northup, a respectable African American living in New York in 19th century America who is kidnapped and sold as a slave.

Oscar winning Iranian director Asghar Farhadi’s The Past is a gripping and well-crafted drama set in the outskirts of Paris. From the documentary stem, Electro Shabby is an exciting piece following the life of music-loving young adults in Cairo.

Gloria, the award winning favourite from this year's Berlin Film Festival tells the story of a lonely divorcee on the singles circuit in Santiago. The free-spirited nature and sparkling charm of the central character made this a favourite.

We weren't impressed with everything we saw, however. Hello Carter, set in and around London, was a bizarre, ill-structured goose chase of a rom-com that followed an unemployed man trying to find his ex-girlfriend all across London.

The festival closed with biographical drama-comedy Saving Mr Banks, starring Emma Thompson as PL Travers, the creator of Mary Poppins. Tom Hanks (it certainly has been a great year for him) starred as Walt Disney, trying to persuade Travers to turn her beloved novel into a hit children’s film.

With Jonathan Asser (Starred Up) winning Best Screenwriter Newcomer at the BFI Awards ceremony and Sir Christopher Lee receiving the BFI Fellowship award, it’s safe to say that it’s been a particular strong year for British cinema. Be sure to become a BFI member to get priority booking for next year.

Please do share your own London Film Festival highlights in the comments below.