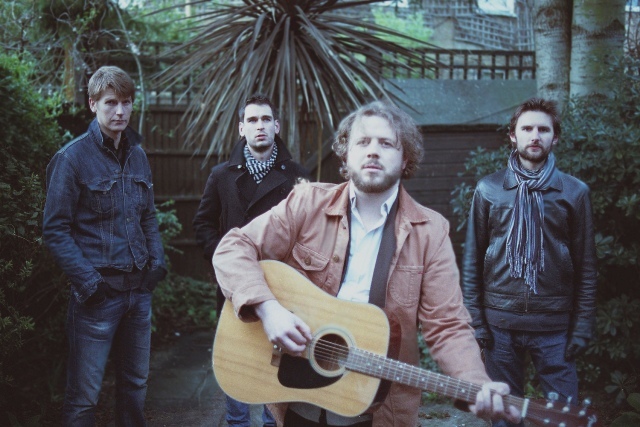 Three more bands on the Londonist radar, ever attuned to future stars.

Where?
In their own words: "Hard to put one place down to be honest but we all live south of the river, so let's say south London!"

What?
In some quarters the 90s is unfairly remembered as an Oasis-led shower of lads and louts, yet the more thoughtful sounds of that decade were a clear influence on The Divers. The jauntier strains of Teenage Fanclub combine with other influences to produce a sound that is, in ways quite difficult to nail down, cheerful and yet faintly melancholy. They've been playing across the usual London venues for a year now as they polish their splendid sound.

Why?
The Divers are fans of a good cause as their inclusion in the line-up for the Oxfam-supporting Oxjam Festival in Chiswick confirms. The festival takes place on 19 October and features 100 bands across 10 venues, but few will deserve your attention more than The Divers. Second single The Way You Are is certain to be one of the highlights of the set and is available now from all sensible outlets.

Where?
Camberwell and Crystal Palace, though one member stubbornly eschews the south-east for Hackney.

What?
Edgy indie, in their own words "combining sonic intensity with with classic pop sensibility", which is a pretty fair description. The insistent energy of Maximo Park and Boy Kill Boy are at play in the Silent Party sound. Mind you, a silent party would be rubbish, because there'd be no Silent Party on the speakers.

Why?
The single 'Taxidermist' has been around in various forms for a while but the band are angling for a proper release in mid-November. It's a song about jealousy and bringing things from the past back to life to sabotage relationships, the never-ending struggle of love proving eternal fuel for heartfelt indie tunes. Silent Party play the Rattlesnake in Angel on Saturday 30 November where you can hear the heartbreak in full effect.

What?
Let's get this out of the way right now: the singer sounds a bit like Chris Martin, which isn't for everyone. But the beat of stand-out track S.O.S. gets right into you in a way that few tracks this year have managed, and any perceived crimes against music are swiftly forgiven as the track bends and soars. And anyway, some people like Coldplay just fine thank you very much.

Why?
The slack Londonist music team apologise for having missed the band's recent set at the Playtime Festival in Soho. It was streamed live on Google+ and receives many ticks from fans on their Facebook page, so these chaps are clearly something of a proposition. Their Fault Lines EP is available now on iTunes and the press juggernaut is already starting to get behind them. All aboard!