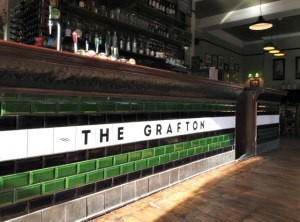 Good ale is not only seasonal, but also never goes out of fashion. Beat that, LFW.

Details are still slightly hazy for the popular pub's European beer festival, but given their reputation for serving a wide range of good ales, it's probably worth a look regardless.

The last in the craft beer challenge series pits British ales against offerings from the rest of the world. No challenge there then. It's up to you to decide who wins, a feat you must perform by sampling your way through the beers on offer. Tickets get you a pint and food as well as entry: see the website for full details.

Take a voyage through a range of India Pale Ales at the pub's IPA festival, all of which seem to have exceedingly memorable names. (Collaborative Carnage, anyone?) There's also a sausage BBQ, and a family day on Sunday that features a children's entertainer.

Showing a maturity far beyond their tender five years of age, Sambrook's are throwing a big birthday bash at the National Trust's Morden Hall Park. A selection of brews from Sambrook's and friends will be on offer, alongside food from the likes of the Ginger Pig, and a raft of entertainment. Tickets get you a range of benefits, including a £5 food voucher and a festival glass.

One year on from the renovation which transformed this previously run-down pub, The Grafton is having a birthday party to celebrate its well-deserved success. The two-day festival focuses on London breweries and is divided into four sessions, each of which highlight brews from a different region of our fair capital. You can get tickets for single sessions or the entire weekend, and whichever option you choose you'll also be able to enjoy food from the Fat Butcher, live music and much more.

This perennially well-stocked pub is staging a Wiltshire Beer Festival, which also features an appearance by the 'world famous' Hammersmith Morris Men at 2pm on Saturday. Entry is free and they hope to feature around 50 real ales.

The pub is hosting a festival in support of local microbreweries.