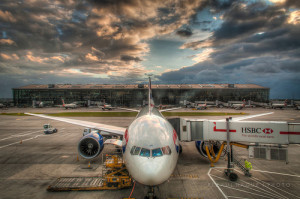 As unlikely as it may sound, £3 million isn't that much money. It'd do a lot for your own personal finances, sure (even in this town, it'd buy you a house, possibly even one with a spare room). In public administration terms, however, it's slightly less than diddly squat. Schrodinger's London Overground Station at Surrey Canal Road, for example, is expected to cost more than three times that much. That's one station.

Nonetheless, there remains something slightly galling about the revelation that Boris Johnson's City Hall has spent £1.4 million since 2010 promoting his fantasy airport on the Isle of Grain. It's budgeted to spend about £1.7 million more. Those campaigning against the airport by contrast have a budget of – drumroll, please – £50,000.

City Hall, remember, will not ultimately decide how to extend London's airport capacity. Most of the options on the table involve sites outside the Greater London boundary, and the decision is one for national government.

Boris, in other words, is set to spend as much as £3 million lobbying his own party colleagues in Downing Street. The policy chief there is one Jo Johnson, whose brother is... oh, you've guessed.

Put it like that, and that £3 million suddenly sounds like quite a lot after all. Rather than spending the £1.7 million left in the budget, couldn’t they just have a quiet chat over Christmas dinner or something?

Image courtesy of Rezaul.Haque, taken from the Londonist Flickr pool