Holi One Gets Colourful At Battersea Power Station 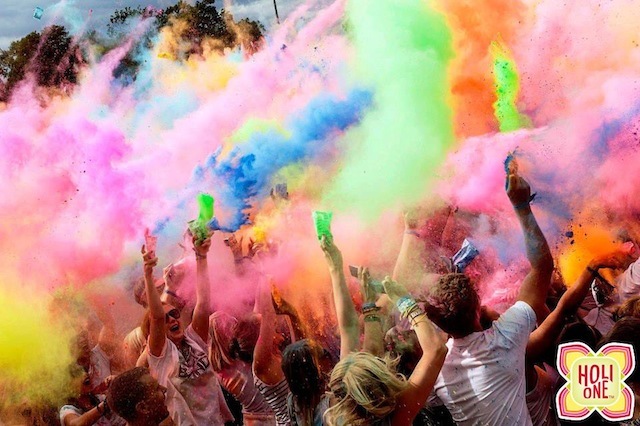 This Saturday 3 August, dance the day (and night!) away, and get all colourful too, as Holi One Festival takes over Battersea Power Station with vivid effect.

Inspired by, but not associated with, the original Indian festival of Holi, which took place in March, Holi One intends to create a similar atmosphere of goodwill, cheer and togetherness with events all over the world. Every hour, you're encouraged to hurl the five colours of powder paint into the air, smearing yourself, friends and total strangers in rainbow hues. What’s not to love?

Organisers recommend you dress in white for the full experience, but be sure you’re wearing something you don’t mind throwing away at the end; things will probably get messy.

There will be food and drinks on site among the clouds of colour, and a long line-up of top DJs. You must be 18 or over to get in.

Have the shower on standby – you might just need a wash, or three.