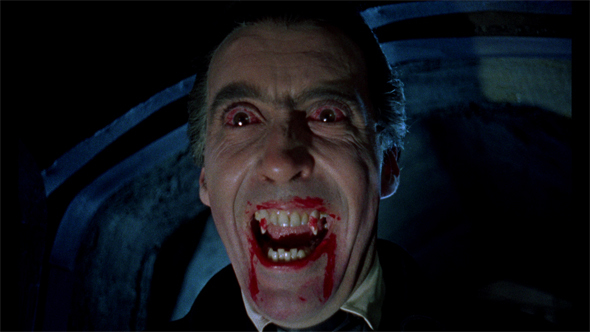 Head to the British Museum in the final weekend in August for some al fresco Gothic horror film fun.

Monster Weekend is a collaboration between the BFI and the British Museum, bringing you three classic films from the golden age of British Gothic horror:

The three films will be projected in the British Museum's forecourt from 8pm on 29, 30 and 31 August.

Alongside the films, the British Museum's Benugo will be offering a pre-scare supper and a selection of drinks to steel your nerves before the fright fest begins. Plus, the chaps from Death Waltz Recording Co will be spinning classic soundtracks and library cues before each performance. You're promised "everything from Bruno Nicolai to John Carpenter and all points in between". And finally, fancy dress is being encouraged with a discount at Angels Fancy Dress (instore and online) if you quote discount code "GOTHIC13".

And there are more treats in store for Gothic horror fans: Monster Weekend serves as the launch for Gothic: The Dark Heart of Film, a major season at BFI Southbank (and across the UK) running from October to January 2014.

Monster Weekend runs from 29 to 31 August at the British Museum, Great Russell Street, Camden, WC1B 3DG. Tickets cost £15 or you can get a joint weekender ticket for £39 (for all three screenings). To book a joint ticket, call 020 7928 3232. Visit whatson.bfi.org.uk/monster-weekend to find out more.