AIDS, New York And The 80s: As Is Revived

By Londonist Last edited 84 months ago
Londonist AIDS, New York And The 80s: As Is Revived 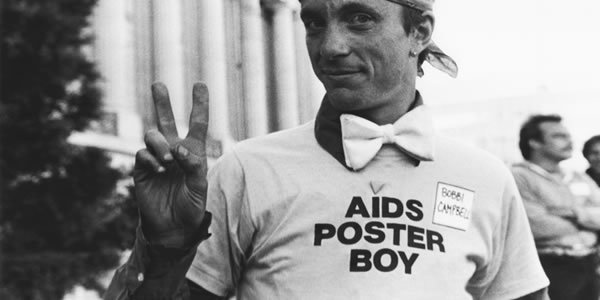 Last night we saw a play about AIDS; about having AIDS, coping with AIDS and knowing people with AIDS. It was the first London performance of William M. Hoffman’s As Is in 25 years, a work which earned the playwright a Drama Desk Award in 1986, as well as Tony and Pulitzer nominations for best play.

As Is is also about being gay, concentrating specifically on the gay scene in 1980s New York, when a mysterious new disease started attacking seemingly healthy gay men. The protagonists Rich and Saul have been separated for a while, but are thrown back together in unforeseen circumstances when Rich finds that he has contracted the virus. The play follows Rich's relationship with family and friends, Saul's quiet support, and the enduring love and friendship that the two have for each other even in the face of death.

The play tackles heavy themes, ones that are as relevant today as when the play first ran 30 years ago. At times the acting is slightly histrionic, the ensemble moments a little fumbled and the New York accents can slip, but the script is wonderful and the story light despite its depressing subject matter. As Is doesn’t beat about the bush – it’s loud, brave and human, and the confined space of the award-winning Finborough Theatre is the perfect venue for it.

As Is runs at Finborough Theatre, Earl's Court until the 31 August. Tickets from £14, £10 concessions. For more info and to book, please see www.finboroughtheatre.co.uk. Londonist saw this play on a complimentary press ticket.