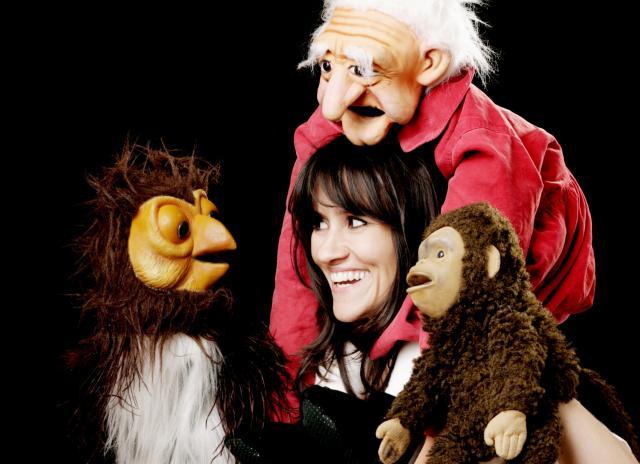 The last time Nina Conti came to the Soho Theatre, the entire run sold out. So now she's back with 12 more dates, starting Monday 29 July. You'd be wise to pick up a ticket because even though she's always been funny, proving ventriloquism really isn't lame, everyone else has suddenly realised her all-round brilliance.

For a start, there were the two acclaimed documentaries last year: one detailing her relationship with mentor and lover Ken Campbell, and ventriloquism itself; and another about new age and alternative therapies that contained a memorable but deeply uncomfortable segment where, almost as punishment for not letting go of her puppet monkey and giving over entirely to the process, she's pushed into reliving heartbreak over an abortion. It's an unforgettable scene and the very fact it survived the edit tells you everything you need to know about how open and honest she is with her audience – even though she's using puppets to do it.

Then there's the US sitcom where she appears with Chris O'Dowd (in the UK, Roy from The IT Crowd; in Hollywood, current darling) and created by Spinal Tap's Christopher Guest. If that goes well we guess there'll be fewer opportunities for amusing the likes of us by goofing around with latex grannies. Seriously: get a ticket.