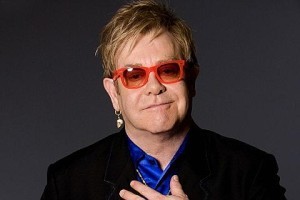 Sir Elton John has cancelled his headline show at the British Summer Time festival in Hyde Park on Friday due to appendicitis, prompting organisers to announce a free gig on 12 July.

Ticket holders for Elton’s show will get full refunds while still being able to attend London’s newest festival to see Ray Davies from the Kinks and Elvis Costello.

Unsold tickets are rather nicely being given away on a first-come first-served basis through this link for free, but you’ll have to be quick...you know what people are like for a freebie.

It echoes the free show The Rolling Stones did in Hyde Park in 1969, although there are no such plans for the Stones gig on Saturday to be suddenly free, obviously.

Unfortunately for Rocket Man fans, Sir Elton has been diagnosed with appendix abscess after a series of scans and will take a course of antibiotics before undergoing surgery.

Promoters AEG Live said: “We certainly wish Elton a speedy recovery and know that he would have hated for us to cancel the whole day’s events because of this. In the beautiful surroundings of Hyde Park and the incredible weather we are having, our show goes on! And there’s no better way to enjoy the start of our final weekend with a free event for all to enjoy with some excellent headline artists topping off even more great entertainment in our 10-day event.”

Free tickets for BST on 12 July are available here. Tickets for the Rolling Stones (hospitality only) and Lionel Richie are still available.