Rebranding Strand: Welcome To The Northbank 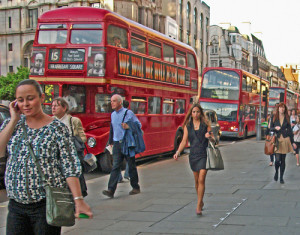 From October, we could all be referring to the area around Strand as the Northbank, if developers have their way.

Presumably hoping to capitalise on the success of London's South Bank area, around 300 businesses from Trafalgar Square and Strand to Aldwych will be balloted on the renaming next month. Key attractions in the new "Northbank" area will include the National Gallery, Somerset House, The Savoy and the Royal Courts of Justice. And it seems Westminster council has given the project its backing: the council has offered an £8 million "spring clean" of the area if the vote is successful.

We can't help wondering if the rebrand will end up as successful as the Midtown effort was back in 2010. And what will happen to poor old Embankment, the actual north bank of the river Thames?

Photo by Duncan Harris in the londonist flickrpool

More on rebranding London: NoHo, SoSho and Steele’s Village anyone?