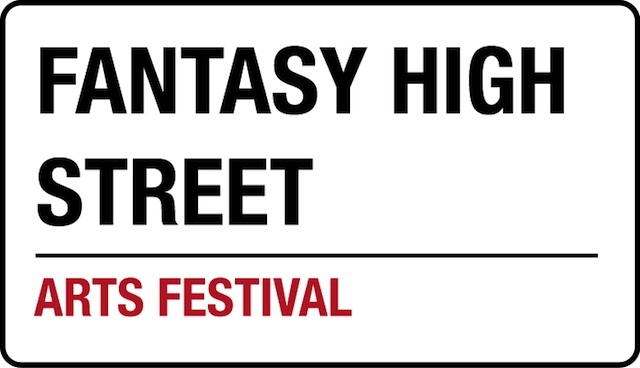 Another week; another local South London arts festival. Following Camberwell, Crystal Palace and Sydenham, the area around Waterloo is getting in on the act with the new FantasyHighStreet Festival on Lower Marsh.

But this arts festival is a little bit different. FantasyHighStreet aims to bring together artists and local business owners to explore the social, cultural and economic values of the high street and public spaces. Organisers promise to transform everyday shops into "magical enterprises" and "incredible experiences" over the three-day festival, including theatre, visual art, storytelling, music and more.

"Imagine a high street full of your wildest dreams. If you could build the ultimate shop filled with fantasies from the far corners of your imagination, the stuff of fiction and films – what would it be? A real life Charlie's Chocolate Factory, an indoor adventure playground for adults, or a bookshop where prize-winning authors read you stories while you snuggle under a duvet? This is FantasyHighStreet, so anything is possible."

Despite the whimsical rhetoric, it's an interesting idea. As footfall on many UK high streets remains in decline, using a festival to deliver unexpected and alternative local events, driving customers back to these once-unique social and economic spaces, is as good an idea as any.

Look out for the festival's Fantasy Cafe on Lower Marsh, launching on 4 July, as part of National Independents' Day, celebrating UK independent businesses. Lower Marsh is an interesting choice for the first festival, as independent retailers make up around 80% of the businesses on the street.

FantasyHighStreet is part of the annual Waterloo Quarter Food Festival (launching today) and is one of a series of projects delivered through the Waterloo Portas Pilot project for Lower Marsh and The Cut. The Portas Pilots are a government initiative following the Portas review of the future of the high street in 2011. Waterloo Quarter’s bid beat 400 other applications with its proposal for a range of activities to support existing retailers and help improve the street market.

FantasyHighStreet runs on Lower Marsh from 4 to 6 July. For more info follow @Fantasy_High_St on Twitter or visit fantasyhighstreet.org.uk