An Insight Into Having No Fixed Abode In London 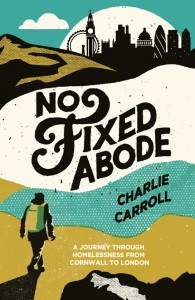 Charlie Carroll set himself an audacious challenge: to travel from Cornwall to London, living as a tramp. No Fixed Abode was finished before documentary maker Lee Halpin died while doing a similar sort of immersive research, and it's apt that danger is never far from the surface of Carroll's experience.

He's very up front about his middle class reservations and safety nets. On the occasion he begs, he gives the money to someone who's genuinely homeless; he doesn't try and blag a bed in a hostel because that would be taking it away from someone who really needs it. He speaks to charities and organisations working with the homeless, and even manages to grab a few words with Boris Johnson and Jeremy Paxman.

But what comes across mostly is the relentlessness of living rough. The homeless people Carroll meets are often wary and belligerent. He also witnesses some examples of mindless violence and intimidation against the homeless – occasionally at very close quarters – from people who have absorbed society's dictum that rough sleepers are scum. And he gets a fascinating insight by joining the last days of the Parliament Square camp and the early days of Occupy at St Paul's.

This isn't a polemical book and we finished it no wiser as to what we should do with any charitable donation or urge or political lobbying. But it is a completely honest and open account of one man's brief time on London's streets, and totally absorbing.

No Fixed Abode by Charlie Carroll is out now, RRP £8.99. Buy from Amazon or your local bookshop.