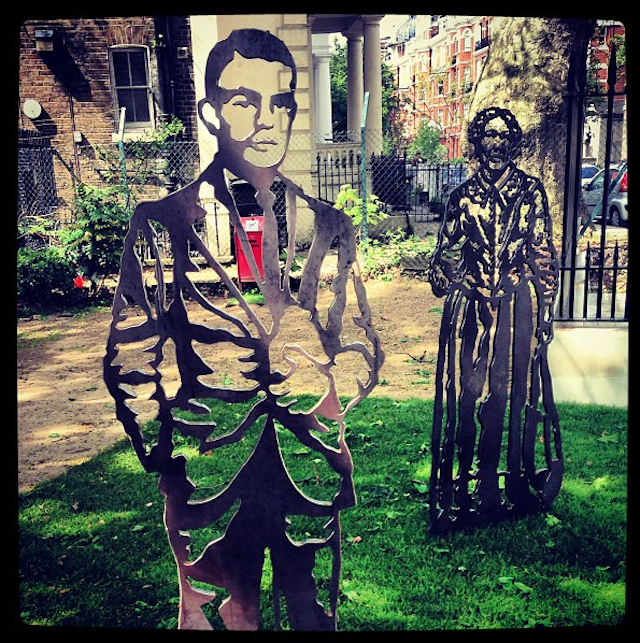 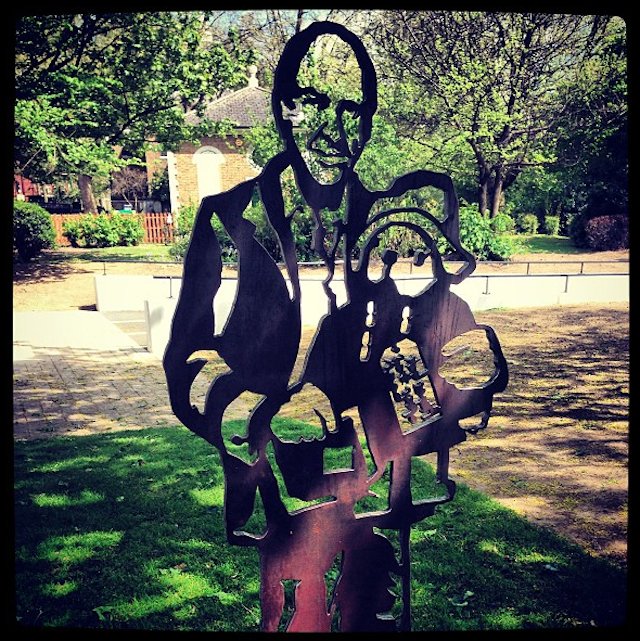 The three sculptures are part of the Portrait Bench series from transport charity Sustrans. This marvellous initiative installs the likenesses of local heroes, as voted for by residents, along new cycling routes. In this case, the steel trio watch over a new path between St Mary's Terrace and Paddington Station. They're made from Corten steel (like the Angel of the North), which will gradually rust to a more organic appearance.

Images by Wynn Abbott, who also happens to be the mastermind behind the London Science Festival.