GIVE BLOOD: Today’s opportunities to donate blood are at YMCA Hall on Long Lane and the British School of Osteopathy on Trinity Street. Free, just turn up, see site for times and conditions

CHELSEA FRINGE: The Chelsea Fringe continues to spoil us with a multitude of (often free) horticultural happenings. Today you can ride your own garden, celebrate guerrilla gardening, visit a gin garden or even taste some foraged delights. See the website for full listings. Until 9 June.

ART: Time for another Fitzrovia Lates, when the area's art galleries pour out the wine and stay open late. 26 galleries are taking part tonight, including one charlatan that's not even in Fitzrovia. Free, just turn up, until 9pm

FAMILY LEARNING: Join the Ragged School Museum for a slice of Victorian school life. Today, its programme looks at Dr Barnado and the women who helped him open the first home for girls. Free, just turn up, 10am-5pm

COFFEE: Join Matthew Green at the Idler Academy, Westbourne Park Road, for a talk and the launch of his new "limited-edition hand-sewn pamphlet" on the history of London's coffee houses. Entry includes a glass of wine, and possibly some coffee. £20, prebook, 6.30pm

GIG: We recently spoke with iamamiwhoami and tonight is their gig at Electric in Brixton. £15, prebook, 7pm

COMEDY: The Always Be summer season of Edinburgh previews is well under way. Catch Alex Horne and Carl Donnelly at the Tommyfield. £6/£5, prebook, 8pm

ANOTHER GIG: Head along to AAA in Kensington to catch Partly Faithful, one of our London bands to watch, perform. £5, prebook, 8pm 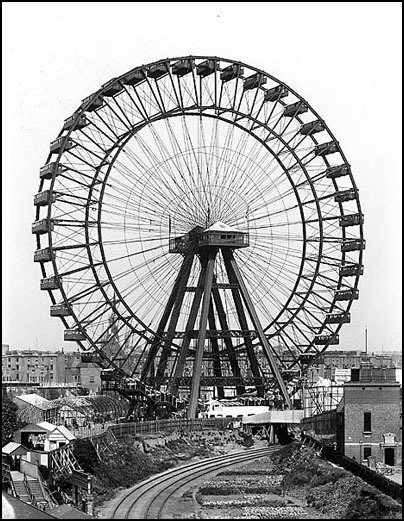 The London Eye isn't the capital's first observation wheel. The Great Wheel at Earl's Court stood from 1894 to 1907 (at 13 years, similar to the London Eye's current age), and reached 94 metres tall. That would make it (we think) the second tallest structure in London at the time, after St Paul's Cathedral.

Good Cause of the Day
Londoners are urged this week to support the victims of the recent disaster in Bangladesh, which left more than 1,100 people dead and over 2,500 injured amid the collapse of a building where many workers made clothes for UK stores. Tonight, two filmmakers — Bangladeshi-born Hannan Majid and Richard York — hold a special event in Herringham Hall at Regent's College in London's Inner Circle, to raise money for the National Garment Workers Federation in Bangladesh. There will be a screening of the documentary The Machinists about Bangladeshi garment workers, plus a discussion on the issues. Admission is free but donations are welcomed to support the Federation, which helps victims of the disaster and battles to win better conditions for garment workers. Free, just turn up, 7pm

Another bookshop with a vivid Twitter account @Biggreenbooks, Simon and Tim used to work at Wood Green Waterstones and, when it closed down, were buggered if the area was going to be left without a bookshop. For a small shop on a side street off the High Road it certainly punches above its weight. They've had that Caitlin Moran in to do a talk, you know. Every corner of the place was stuffed with stools. Brilliant.

London Weather, by Inclement Atlee
A morning of unwelcome cloudpukes is followed by an afternoon of dry but grey malaise. Get updates on the weather throughout the day by going to a window and looking out of it, or perhaps stepping outside and gazing upwards, ignoring the buildings in the foreground and concentrating on the endless void between them.