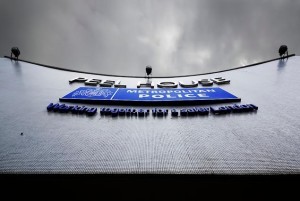 Over the last year, the Metropolitan police issued cautions for offences as severe as rape, drug trafficking and assault with injury.

Information obtained by the London Assembly Conservatives showed that of 117,942 solved crimes (from a total of 842,447 recorded crimes, which is depressing in itself), 28,998 resulted in a caution being issued. The government's website says that cautions

are given to adults aged 18 or over for minor crimes - eg writing graffiti on a bus shelter. You have to admit an offence and agree to be cautioned. If you don’t agree, you can be arrested and charged. Young people aged 10 to 17 can get cautions called ‘reprimands’ or ‘warnings’ for minor offences. The police will usually tell you off, and give you a ‘reprimand’, for a first offence.

Yet between 1 April 2012 and 31 March 2013, five people were cautioned for rape, 160 for other sexual offences, 318 for drug trafficking, 180 for wounding / GBH and a staggering 5,843 for assault with injury. (You can see the full data on the GLA Conservatives website.) We can see the point in not clogging up the court system with people who have already admitted their guilt for some minor crimes, but rape? GBH? Violent assault?

The whole point of the British legal system is that justice should be seen to be done. However, a quarter of all solved crimes in the capital escape punishment. The CPS is not doing Londoners a service by allowing people who admit their guilt not to go to court.

On another note, it seems that the Met is in the process of buying three water cannons at a cost of £1.3m each. The only other police force in the UK that possesses water cannon is Northern Ireland. Labour Assembly Member Joanne McCartney said

A monumental decision like this cannot be snuck through under the public's nose. The evidence for the effectiveness of water cannons is very unclear. Against the widespread rioting we saw in London water cannons would have been of very limited, if any, use. We clearly need more police officers, and we need them to be riot trained. Water cannons are no replacement for a properly resourced and functioning police service.