A European Cup And Champions League History Of Wembley 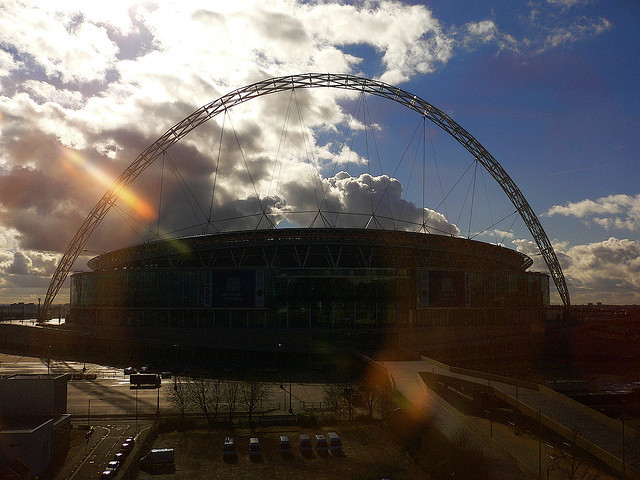 Wembley takes on a Teutonic hue on Saturday as Bayern Munich and Borussia Dortmund contest the Champions League final. The headquarters of English football has hosted Europe's biggest club match a number of times over the years and here we take a look at the history of the tournament's London branch.

Continental club football first came to London in 1963, three years before the city witnessed England's glorious World Cup triumph. Wembley's first experience of Europe's biggest club competition also marked the emergence of AC Milan as a force in football, when they took their first European Cup 2-1 over a Benfica side that included the legendary Eusebio, who scored the Portuguese side's consolation goal.

In 1968, Eusebio and Benfica were back in London, but their luck was no better as they faced a powerful Manchester United side containing Bobby Charlton and George Best, both of whom scored in extra time to make United the first English side to win the European Cup. Six years later United would be relegated. Funny old game, as they say.

London only had to wait three years for another European Cup final as the mighty Ajax put paid to the unlikely challenge of Panathinaikos of Greece. The Dutch side included their talisman, Johan Cruyff, who would score twice to win the same trophy again for Ajax the following year before securing a hat-trick of European Cups in 1973.

Further English success followed in 1978, as 92,000 fans watched Liverpool grind out a 1-0 win courtesy of Kenny Dalglish's goal against Belgium's Club Brugge. Sadly for English football the dark days of hooliganism were just around the corner, and it would not be until Barcelona beat Sampdoria 1-0 in 1992 (in one of the most boring games we can remember) that Wembley would again play host to Europe's ultimate club match.

As the old Wembley was laid to rest and the new arch hauled into place, changes were also afoot within the game itself, as the European Cup became the Champions League. Not until another Barcelona win, 3-1 against Manchester United two years ago, would Wembley against host the game's showpiece.

However, just before Wembley's old twin towers were pensioned off, there was time for London's own Arsenal to 'enjoy' a two-season, six-match residency. The club managed to convince authorities to let them play their Champions League games at Wembley to sell more tickets than they could shift at Highbury. Sadly for the Gunners, both seasons would be marked by poor football and indiscipline, and capped by feeble 1-0 defeats to dump them out of the competition (in both 1998-99 and 1999-00) and send them back to N5 with tails between legs.

So it's perhaps for the best that London will have no representative in the final, as the capital clubs' European reputation at Wembley rests entirely on West Ham's 1965 success in the long-gone Cup Winners' Cup (one of two finals of that competition held here — strangely, not a single UEFA Cup/Europa League final has been played at Wembley). Oh well, with Chelsea and Arsenal having qualified again, there's always next year (in Portugal).

By Chris Lockie. Image by Pixelthing in the Londonist Flickr pool.