The boroughs of Holborn, Marylebone, Shoreditch, Finsbury, among others, were once part of London's municipal make-up. They live on in street signs around the capital, but they no longer exist.

The boundaries of the 32 boroughs that now make up Greater London are a relatively recent invention. They were formed in 1965 after the passing of the London Government Act 1963, under which the existing 28 metropolitan boroughs, various county boroughs and certain administrative counties were grouped into 32 new boroughs plus the City of London.

The Metropolitan Boroughs (as seen in the map below) came into existence in 1900, when an Act of Parliament established them to provide local government, which had previously been under the purview of vestries and district boards. 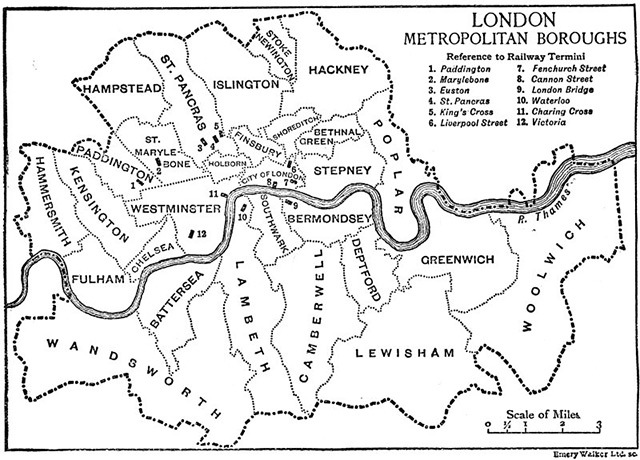 The London Government Act 1963 officially recognised Greater London, and redrew the Metropolitan Boroughs into the 32 boroughs, plus the City of London, that we know and love today. The new, enlarged conurbation was abruptly left with various superannuated bits of municipal architecture: the old town halls. Some, such as Hackney and Islington, became headquarters for the new boroughs. Some were knocked down, others sold on; some have been put into good use, while others left in a parlous state. In the gallery above we take a look at what's happened to some of them since they closed.