Pug On Stage: An Operatic Take On Mansfield Park

By Londonist Last edited 105 months ago
Londonist Pug On Stage: An Operatic Take On Mansfield Park 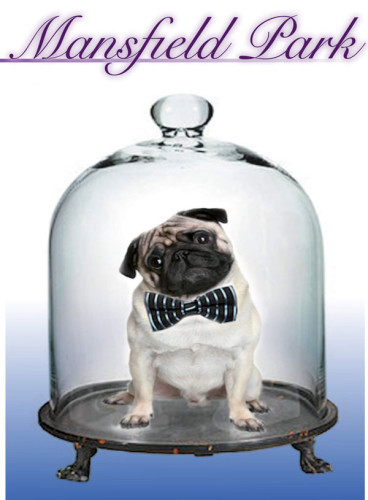 On paper, the details for this rendition of Mansfield Park are quite dubious. It’s an operetta, which is unexpected, above a pub, and all the publicity for it features a giant pug wearing a bow tie.

Not quite what Jane Austen had in mind perhaps.

In reality the piece was much closer to authenticity than our first impressions led us to believe. The plot was duly followed, proper accents put on, hair pinned up and riding boots donned (one of the actors looked unnervingly like Mr Darcy from Keira Knightley’s Pride & Prejudice, if you’re into that sort of thing).

Unlike most pub-theatres, Upstairs at the Gatehouse is a surprisingly large space, with high ceilings and a full rig of lights, so much so that some of the action felt quite far away as the singers moved up and down the stage. The set design and costumes were lovely, and most lovely of all was the presence of a real pug that sat dutifully on Lady Bertram’s lap for the duration of the first few scenes (after which it was quickly replaced by a stuffed toy).

There’s something slightly annoying though about listening to Jane Austen’s sentences, which are already quite a mouthful, being sung rather than said; something perhaps a little jilted or discordant. Operas tend to repeat the same phrase over and over, which is usually quite nice but in this case felt as though the plot was slowed down or made difficult to progress (imagine them repeating ‘we’re all going to re-do the garden’ about ten times and you get the gist). The composition also isn't the catchiest of things; there's no recurring theme or tune to cement the piece, and so nothing to latch on to. Everything was performed beautifully though, both by the piano duet and the singers themselves. Their talent was accomplished and their voices faultless, with the female singers standing out in particular – Hampstead Garden Opera are definitely doing some good things here.

So: if you’re unfamiliar with Mansfield Park then this probably isn’t the best of introductions, but for those of us who have worn out this timeless classic, it’s certainly a new and interesting approach. Go for the live pug at least.

Hampstead Garden Opera presents Mansfield Park is on until 28 April at Upstairs at the Gatehouse, Highgate Village. Tickets £20 / £18. Londonist saw this performance on a complimentary review ticket.