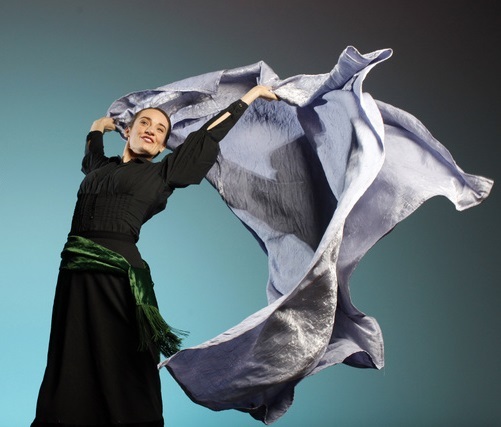 The problem with watching a play about well-known people is that you end up asking yourself if you’d have the same reaction if it had been about someone unknown. Drawing on the knowledge that you already have of them, the director is indulged by being able to hold back and imply, on the assumption that you can fill the omissions  (just like, for example, with Harry Potter or One Day; woe be on those who hadn’t read the books and had to untangle their way through those films).

Anyway. Vanessa and Virginia is about the lives of Virginia Woolf and her lesser-known sister, the artist Vanessa Bell. With only two years separating them, the pair had a rollercoaster relationship of intense love and rivalry, be it in winning the love of their older brother, being the more successful in their work or getting married and having children. The play spans almost their entire lives, beginning with childhood and ending (predictably) with Virginia’s death, and attempts to squeeze in everything in between (slightly suicidal - excuse the pun - to achieve in 90 minutes, as both Vanessa and Virginia had very full and disturbed lives).

This play has no set, other than two boxes and a hundred small objects such as lampshades and jars suspended from the ceiling, so that the actors appeared to pluck their props out of thin air, and this enhanced the dreamy quality of the piece, with airy voices, airy anecdotes, and several random spurts of airy dance-movement driving the story forward. This isn't a play of ‘scenes’ in the traditional sense as both actresses stay on stage for its whole duration, so it’s down to the two of them to push through the words and keep the ball rolling. Not always an easy feat; the repetition of dialogue and soliloquy was slightly strained, and you couldn’t help but wish that an external character would bumble in and create a refreshing disturbance.

However, Kitty Randle and Alice Frankam were entirely convincing as sisters (a point integral to the play's credibility), and Alice's self-possessed depiction of Virginia Woolf in particular was so stern that you could quite imagine Mrs Dalloway shooting out her mouth. We should mention that there was an original piano score composed to fit the action which added a polished, cinematic touch to the play, and most dazzling of all were the costume changes; each sister must have done about ten on-stage changes throughout.

It’s always interesting to watch a well-known figure portrayed from another angle, and this is a nice introduction to a literary giant (and her overlooked sister), but it only skims the surface and doesn’t appear to arrive at any great meaning or depth. Admirers of Virginia Woolf be warned.

Vanessa and Virginia is running now at Riverside Studios, Hammersmith until 14 April. Tickets are £15 (£12 concessions); buy quickly because it's very popular. A wonderful bar/restaurant is attached; for more information, visit: www.riversidestudios.co.uk