GIVE BLOOD: Today's opportunities to donate blood are at Cathedral Hall, Victoria and Brewers Hall in the City of London. Go on, give it a go. Free, just turn up, check site for times and conditions

MATERIAL WORLD: Join Mark Miodownik at UCL’s Darwin Building for a lunchtime talk on how the line between living and non-living is blurring with the advancement of bionic people and living buildings. Free, just turn up, 1.15pm

DOCTOR WHO: Join Matt Smith, the current Doctor Who, at the Regent Street Apple Store as he discusses the return of the much-loved series to BBC One. Free, just turn up, 5.30pm

TOWN PLANNING: Join Sir Terry Farrell at his gaff, with the Movement for Liveable London, and Living Streets, for a discussion on making Westminster, and wider London more friendly for pedestrians and urban planning. Free, just turn up, 6.30pm

LOOKING FORWARD: Explore what the cities of the future might offer and what will shape them, with an evening of activities, discussions and screenings. Led by Helene Joffe and Nick Smith from UCL, at the Dana Centre. Free, prebook, 7pm

ALL-SINGING, ALL-DANCING STORIES: Head to the Phoenix for Liars’ League, where actors act stories which have been written by writers. Tonight's theme is 'song and dance' so expect flailing limbs and crazy solos. £5, just turn up, 7pm

COMEDY: Michael Legge continues in his quest to give himself a stroke through sheer, bulging rage at the Comedy Cafe Theatre in Shoreditch. £8, prebook, 7.45pm

Send any tips or suggestions for the following sections to matt@londonist.com.

Random London Fact of the Day
The debate over which is the earliest Tube train rumbles on. Federica Podjaga, who originally told us it is the 4.53am from Upminster, and was subsequently told by Michael Harrison that it is the 4.49am from Osterley, now believes it's the 4.38am from Hammersmith. Any advances on 4.38am? 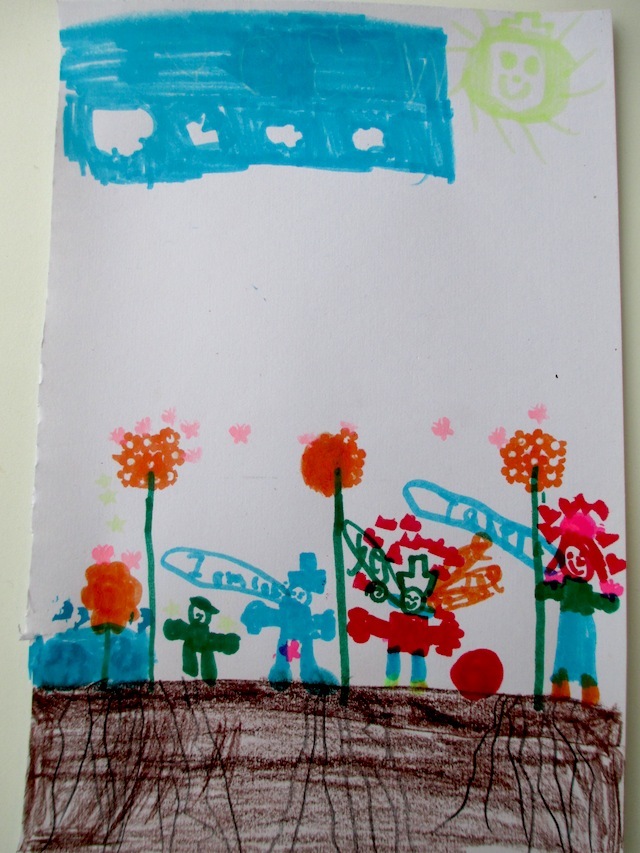 Today's weather is drawn by Alice from Walthamstow, aged six and three-quarters. She accurately pictures a sunny sky, with light cloud cover and 10-foot-tall dahlias towering over the populace. Most importantly, Alice pictorially advises you to wrap up warm, as resplendent skies do not a warm day make. Ward off the shivers, like Alice's characters, by shouting "I am Bob!", "Yes!", and "TahPT(?)". BBC Weather has a more formal forecast.