Mapped: Doctor Who In London

By Jonn Last edited 106 months ago
Jonn Mapped: Doctor Who In London 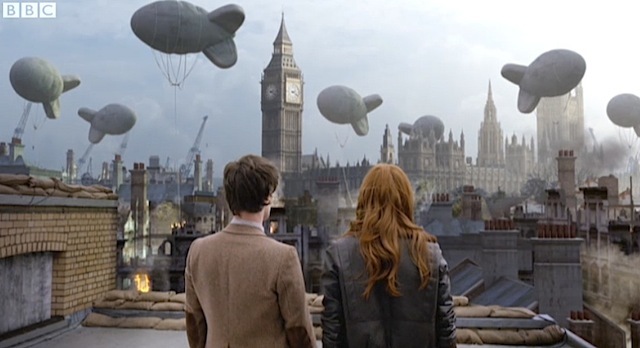 Funny the way Doctor Who's aliens always seem to invade England, isn't it? It's not as if we're particularly important. Maybe the dozens of terrifying invasion forces have been confused by the intergalactic success of the BBC World Service (Westway, we’re told, had a big fanbase in Alpha Centauri).

Or maybe they're all working off out-of-date history books, and think they're invading the nerve centre of an empire covering a quarter of the globe. In the event that the nation's favourite Time Lord ever fails to repel them, the Daleks are going to be deeply embarrassed to discover that all they've won possession of is a slightly rainy archipelago full of financial services professionals and sarcasm.

So often has contemporary London been the target of invasion, in fact, that we decided to map the attempts. Below you can see all the bits of London that have been pivotal in half a century of Doctor Who stories. Some of these places were the target of some specific plot or another; others were the location of the secret government base that repelled them.

We've also, because we're nice like that, colour coded them by which Doctor it was that defeated them:


View Doctor Who in a larger map

We've drawn two main conclusions from this exercise. One is that the series has become much more London-centric since it returned to our screens in 2005 – which is odd as, unlike the 20th century equivalent, it's now made 150 miles up the M4 in Cardiff. The other is that we have too much time on our hands.

Anyway, if anyone needs us we’ll be working on our plan to use genetically modified semi-cybernetic otters to conquer Erith.