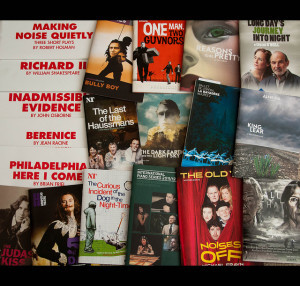 Four London theatre websites have been told to make transaction fees clearer in a ruling by the Advertising Standards Authority (ASA).

Complaints were made against Ambassador Theatre Group, the Old Vic, Charing Cross Theatre and AKA Group's site for its production of A Chorus of Disapproval. Eyecatching declarations of ticket prices didn't include fees of up to £3 and the ASA has told them to flag up any kind of unavoidable booking fees in future. The theatres all argued that there were different ways to buy tickets, and purchases from the box office didn't attract any kind of fee, and that they didn't want to confuse customers. The ASA had none of it.

We've been noting with increasing annoyance this stealth creep of booking fees for theatre tickets. Some places charge £1 'postage' even if you want to collect your tickets from the box office, and we spotted one ticket reseller adding a couple of quid's worth of 'insurance' to a purchase the other day, which the buyer had to remove. It's the Ryanair principle – if a fee is unavoidable, make it part of the damn price; or, in this case, if you have a website selling tickets that incurs a non-optional fee, do the same.

Fees aren't a necessary part of life. We've recently booked tickets from the National Theatre and Young Vic and had no charges at all, even on relatively low cost tickets (£12 and £25 respectively), and Delfont Macintosh include booking fees in their prices so you know what you're paying upfront. That's commendable behaviour that we'd like to see more of – particularly if you're shelling out for top West End seats, it's galling to find a crafty couple of pounds added on at the end.