DANCE: The Resolution! Festival begins at The Place today, with 27 nights of contemporary dance. Times and prices vary

SUSTAINABILITY: Resolved to be greener this year? Visit the Permaculture Picturehouse for films, talks and discussion at Passing Clouds, behind the Haggerston Pub, plus there’s seasonal organic food available at £5 a plate. £3, just turn up, 6.45pm

SPEED FLATMATING: Looking for a new flat mate, or seeking shared accommodation yourself? Head to 93 Feet East, for a spot of speed flatmating. Free, prebook, 7pm

COMEDY: Tom Rosenthal off Friday Night Dinner, Edinburgh Newcomer winner Daniel Simonsen, improv-ers Do Not Adjust Your Stage and one-third of WitTank Naz Osmanoglu are in Putney for Gits and Shiggles, hosted by Luke Benson. £7, prebook or turn up, 7.30pm 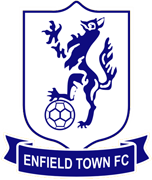 Random London Fact Of The Day

The London Borough of Enfield's coat of arms contains an unusual heraldic beast, itself known as an enfield.  Should you ever chance across such a miscreation, you're sure to recognise it. An enfield has the head of a fox, the talons of an eagle, the chest of a greyhound, the body of a lion and the arse of a wolf (see here for a particularly good artist's impression, or here for a sort of sexy-hippy enfield playing the flute). These astonishing bodily attributes apparently make the enfield a bit of a whizz with a football, as evinced by the emblem of Enfield Town FC (right).

The origins of the creature are Celtic, with heraldic links to the O'Kelly family, but it's not known why the beast is named an enfield, or why it is associated with its namesake area of London. We've certainly never spotted any on our occasional sojourns to the borough.

At the 1976 Montreal Olympics, Romanian gymnast Nadia Comăneci astounded the world by gaining seven perfect 10s across disciplines. Today, she is bested by the London weather, which maintains an unshakeable grip on the big 1-0 all day long. In fact, today is officially the most 10-ish day of weather since records began. BBC Weather has all the non-details.

Secret Hidden False Rumour Of The Day
The camden is another unusual heraldic beast. It has the head of a punk, the body of a tourist and the size 14 Dr Martens of a doped up bass player.